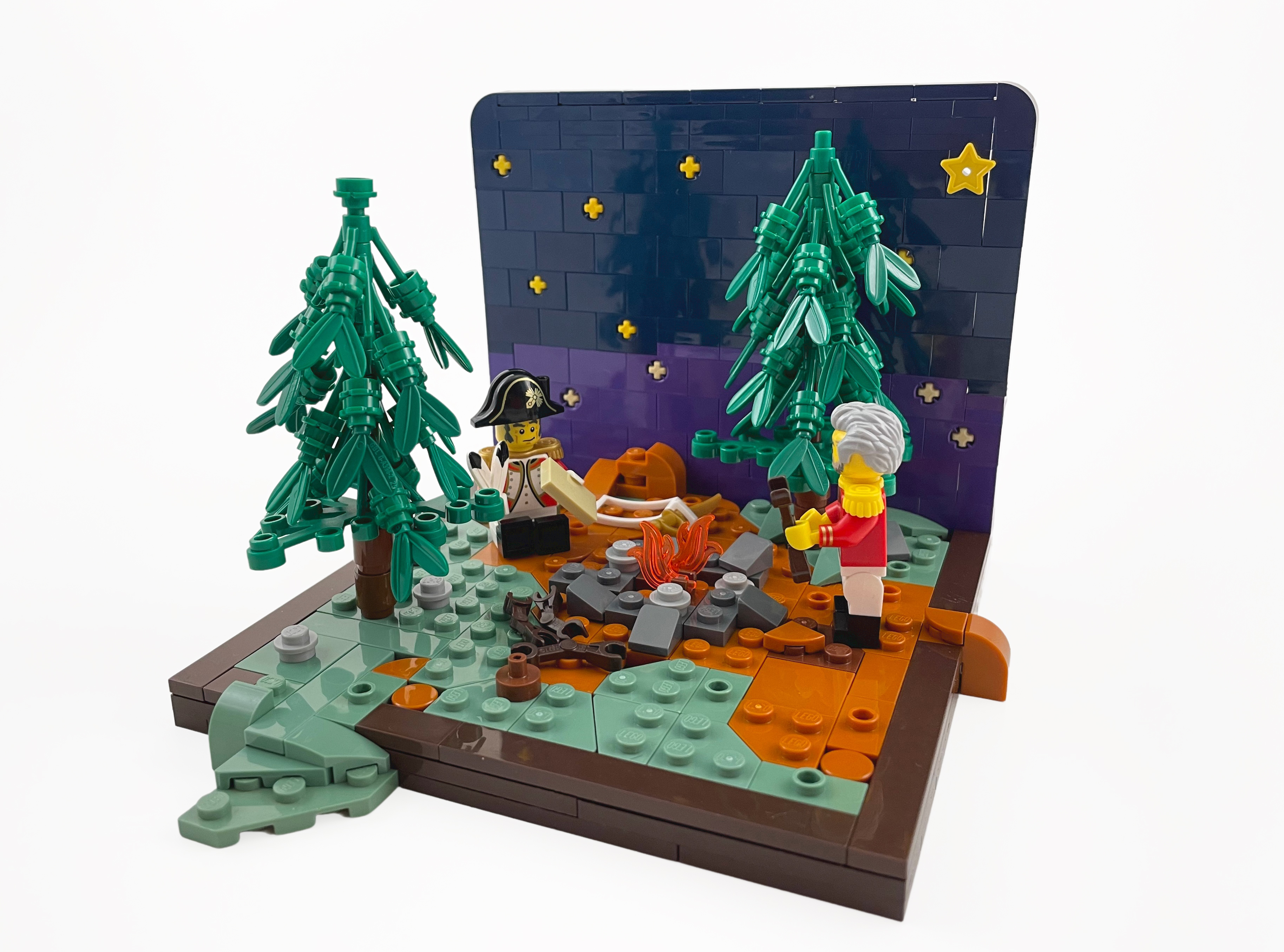 A Dispatch By Firelight, El Oleonda

Major Brickleton had seen it with his own eyes - Seawatch was besieged! The settlement was in desperate straits and was terribly close to being taken by Lotii forces.

After successfully recording enemy numbers and positions, he had stealthily retreated away from the encircled city with his company of cavalry.

While Brickleton believed they had escaped unnoticed, this time they headed to Fort Arltrees by way of the temperate central mountains of the island to hopefully scout out a second route allied forces could use to reach Seawatch.

As night fell, he sat by a small campfire writing a dispatch to be sent to Colonel Wolf.

"Forbes, toss a few more branches on the fire please. This dispatch will contain somber news and I mustn't mince words. Our forces must learn of the tenuous situation in Seawatch."