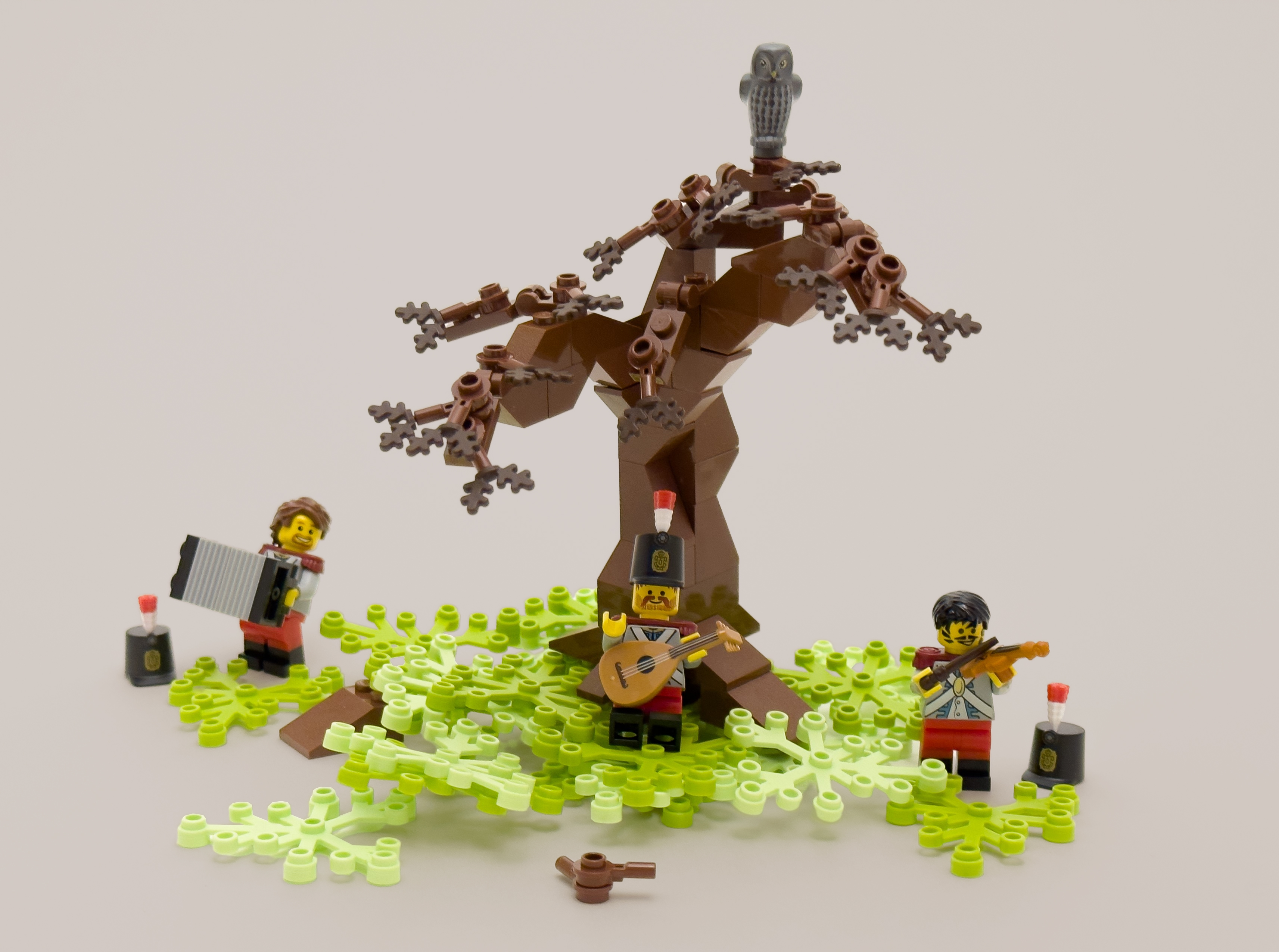 The cadets had a few hours of downtime following the dinner mess at the Fort Stockton Military Academy.

As he retrieved his lute, Fredrick Granger invited Henry Theobald and Gibby Vand to accompany him on fiddle and accordion.

They settled in under a mossy oak tree and began to play an upbeat reel. Theobald first and then Vand noticed a strange accompaniment. They looked at one another as they played on - a mysterious 'HOOT' sounded in time to the song.

An excuse to play with an antler oak. I'll make a bigger one soon.