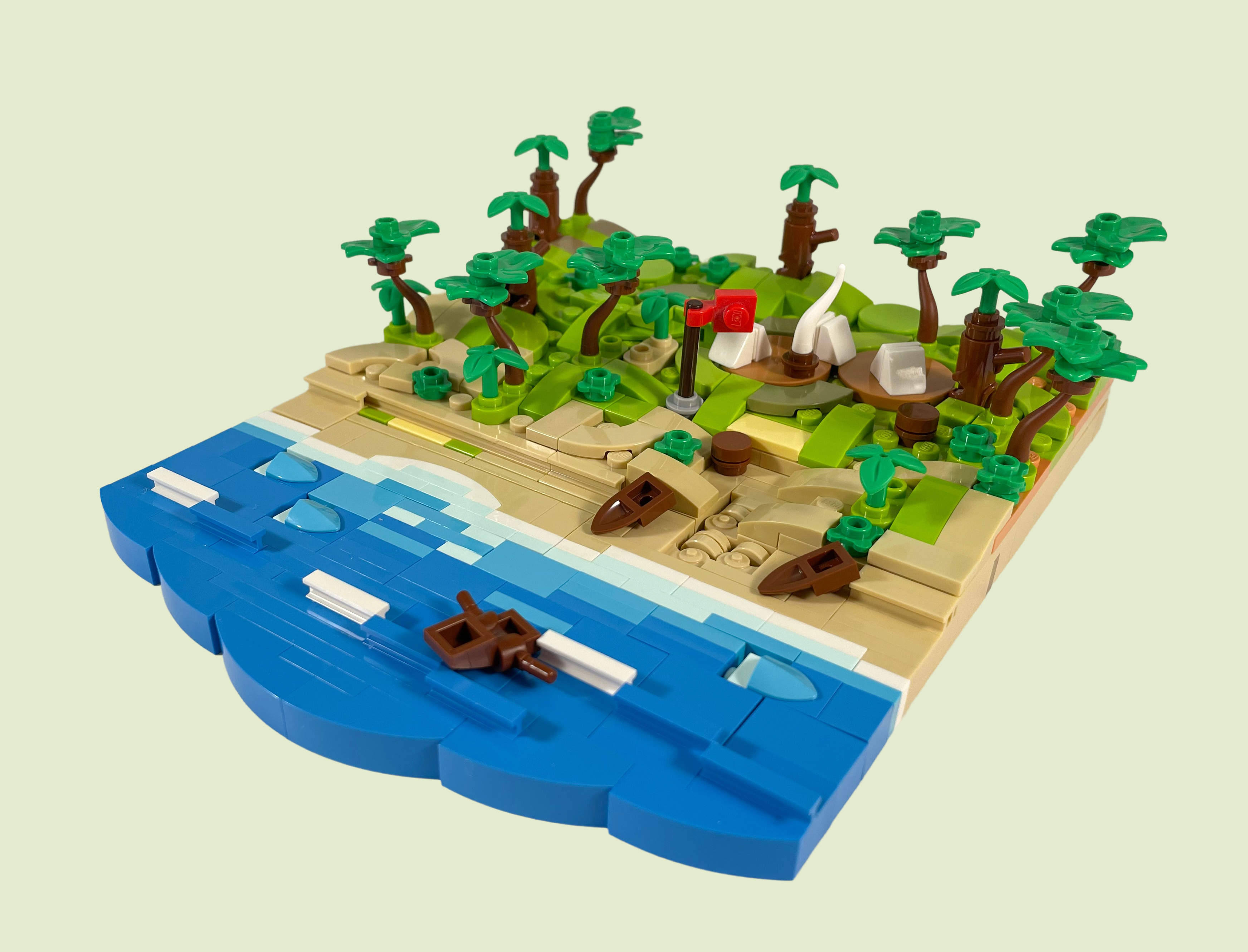 After being tasked by Brigadier Howe to establish a new settlement on Arlintina, Colonel Allcock headed east. Upon arrival at the southwest tip of the island, they spotted numerous coral reefs and the captain of the ship cautioned Allcock that moving closer to shore could be treacherous. So Allock and a small group of soldiers rowed basic supplies to shore and established a camp for the night. One of the first courses of action was flying the red banner of Corrington.