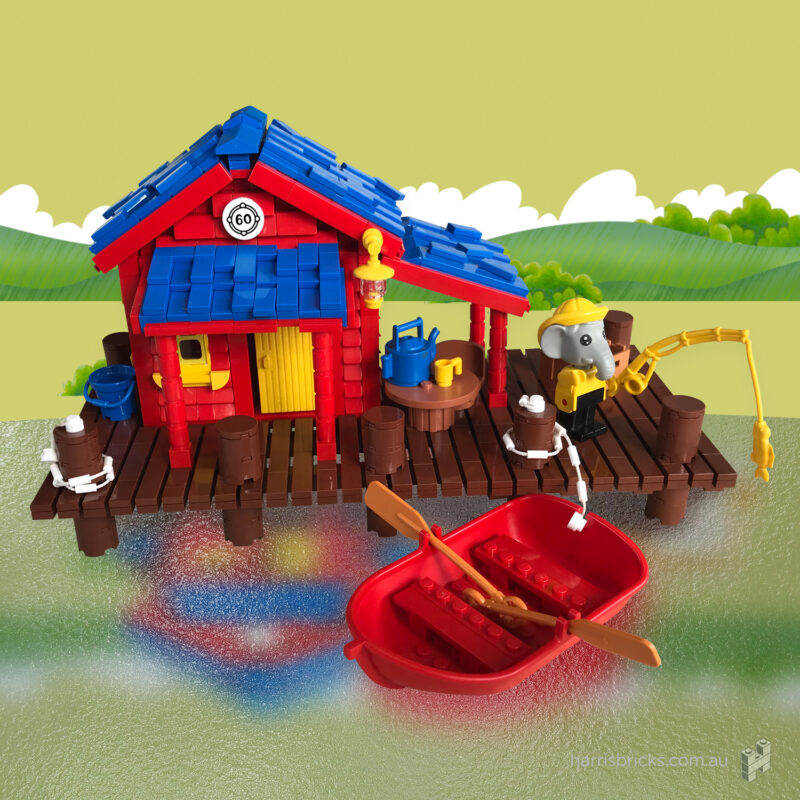 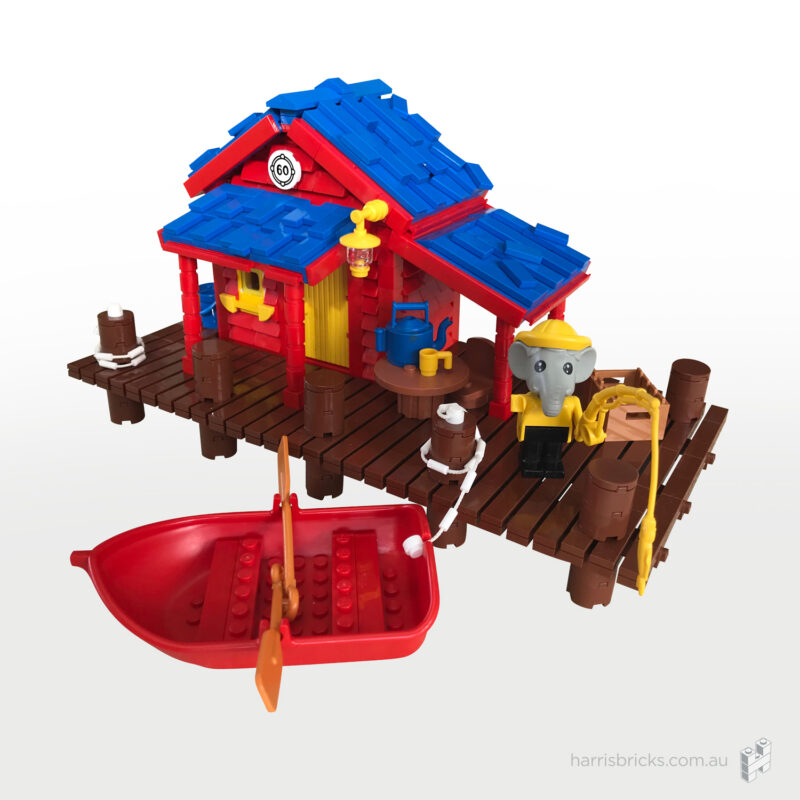 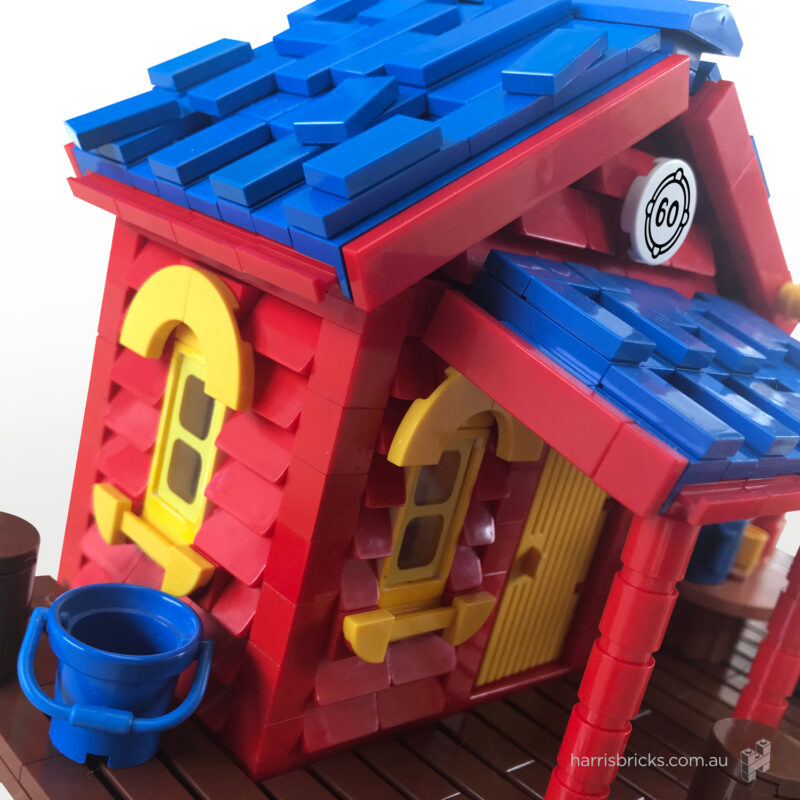 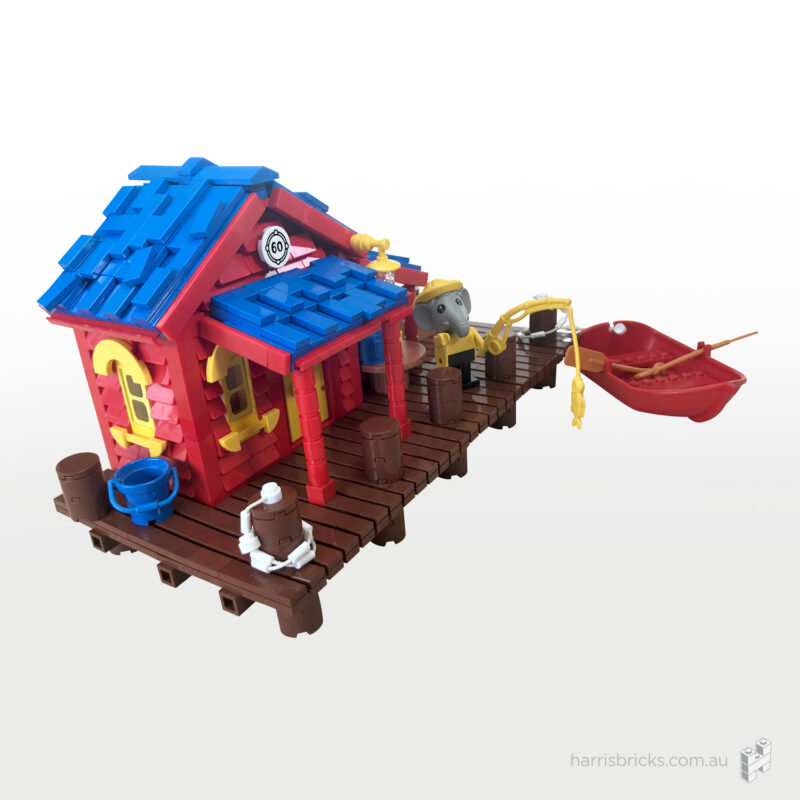 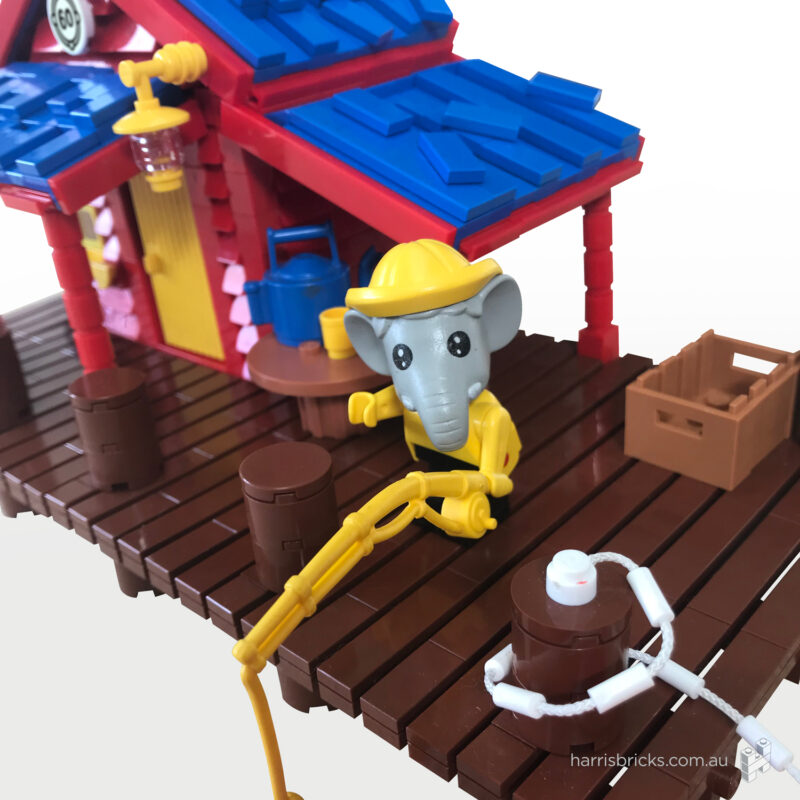 This MOC is a Neo Fabuland reimagining of original Fabuland set 3660 Fisherman’s Cottage.

My current project is a large display that I plan to exhibit next year exploring something I am calling ‘Neo Fabuland’, the idea of employing Fabuland as a visual style, in much the same way that Neo-Classic Space looks to Classic Space as a set of design conventions. You can find out more about my goals for Neo Fabuland here if you are interested.

I have several builds for this display in progress and this is the first one that I am revealing.

First and foremost in this MOC I wanted to take the level of detail up above the simplified forms of the original (those sets were made for young builders after all) and recreate a small hut with a door and two windows on a pier with a rowboat recalling as much as possible the feel and colour scheme of the original. I also wanted to make sure I included the table, chair and cup, incorporated the house number as a custom stickered tile, and the lamp/lantern and bucket as brick-built items.

Hopefully my reimagined Fishing Hut reads as Fabuland to fans of the original sets.