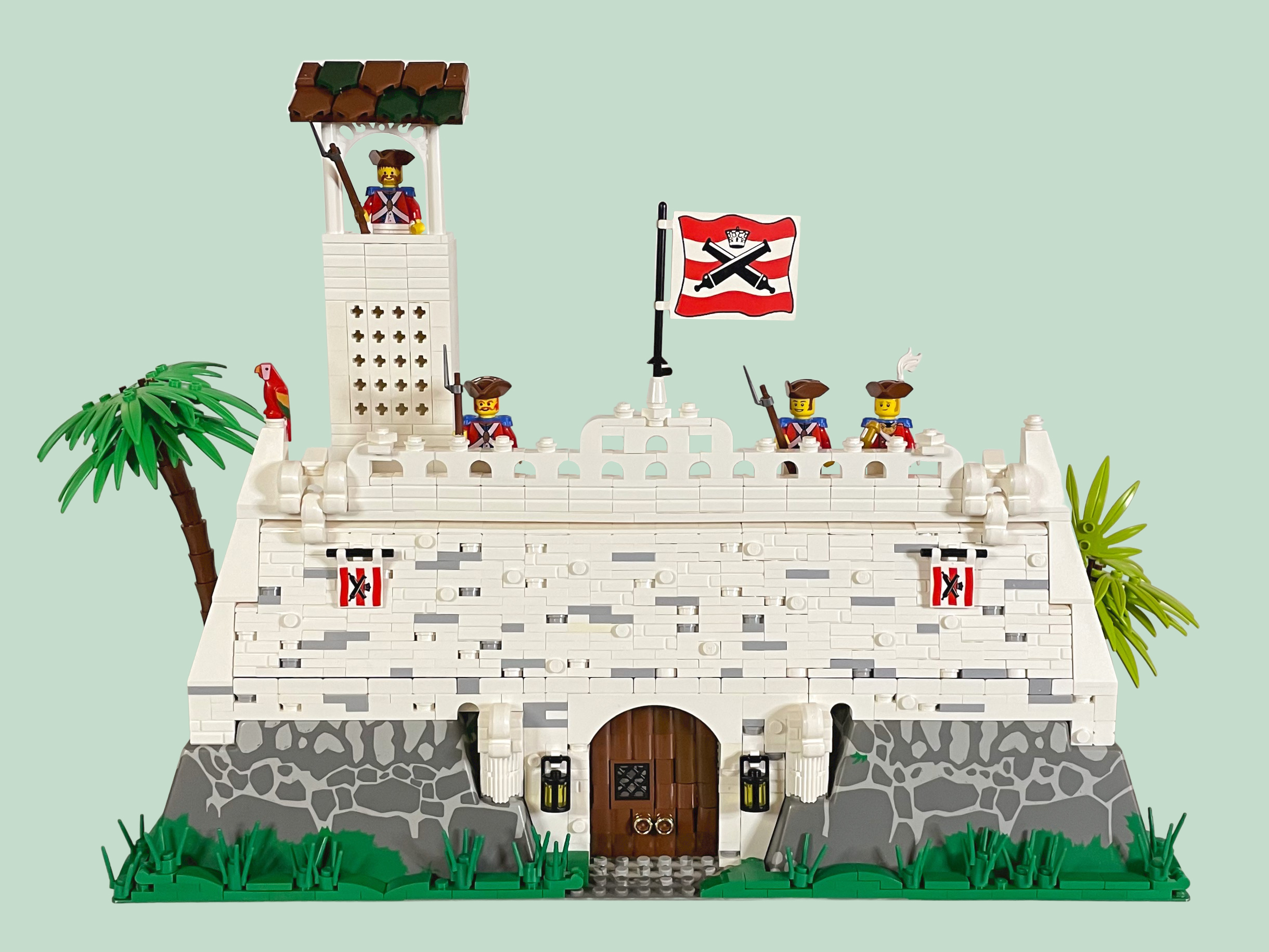 Brickford Landing was both growing and at risk from the Lotii threat. Earlier that season they had captured a Lotii scout who had been scoping out their position. With Major Brickford away on the Island of Terraversa, Captain Keats decided the small island battery that protected the settlement was not enough security.

He instructed his small group of soldiers to build a medium-sized fort a small way inland. The fort featured a tall tower from which a sentry could keep an eye on sea traffic. The fort also included a number of batteries that could support the small island battery if the need arose.

Once the basic fort had been constructed, Keats was ashamed of how ugly it was. His men had quickly thrown it together and it served its utilitarian purpose: keeping the settlement safe. However, he wanted to impress Brickford when he returned to the island.

So, Keats asked his men if any of them knew how to carve rock. Private Beesley spoke up - his father was a master carver in Belson and Beesley had grown up learning the trade in his father's shop. With no better option available, Keats decided to trust Beesley and excused him from his normal duties for a few weeks so he could work on improving the look of the fort. Keats was pleasantly surprised by the results. Now if only he could figure out how to keep the whitewash they were applying to the sloped walls from washing off following a heavy rain...