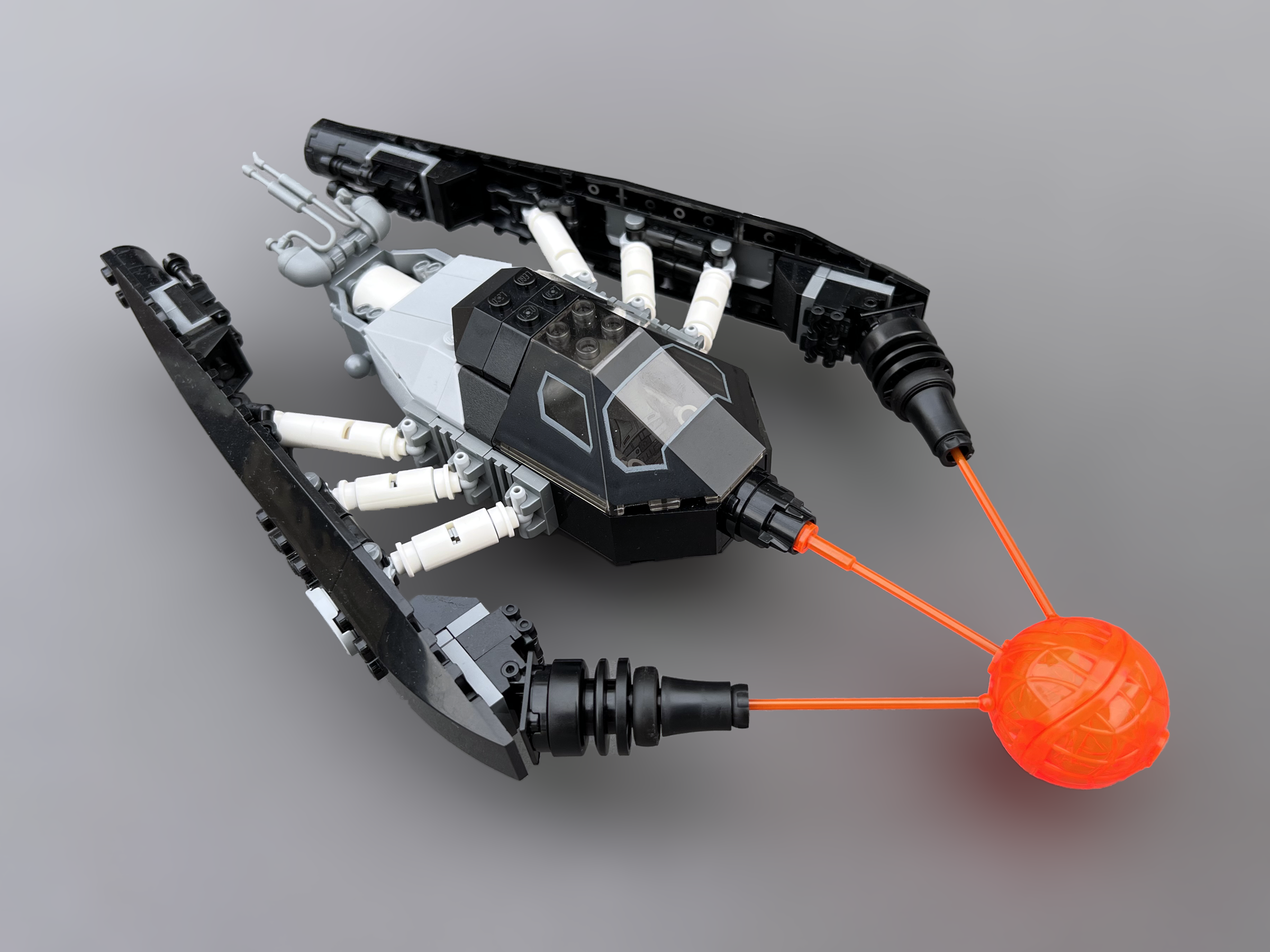 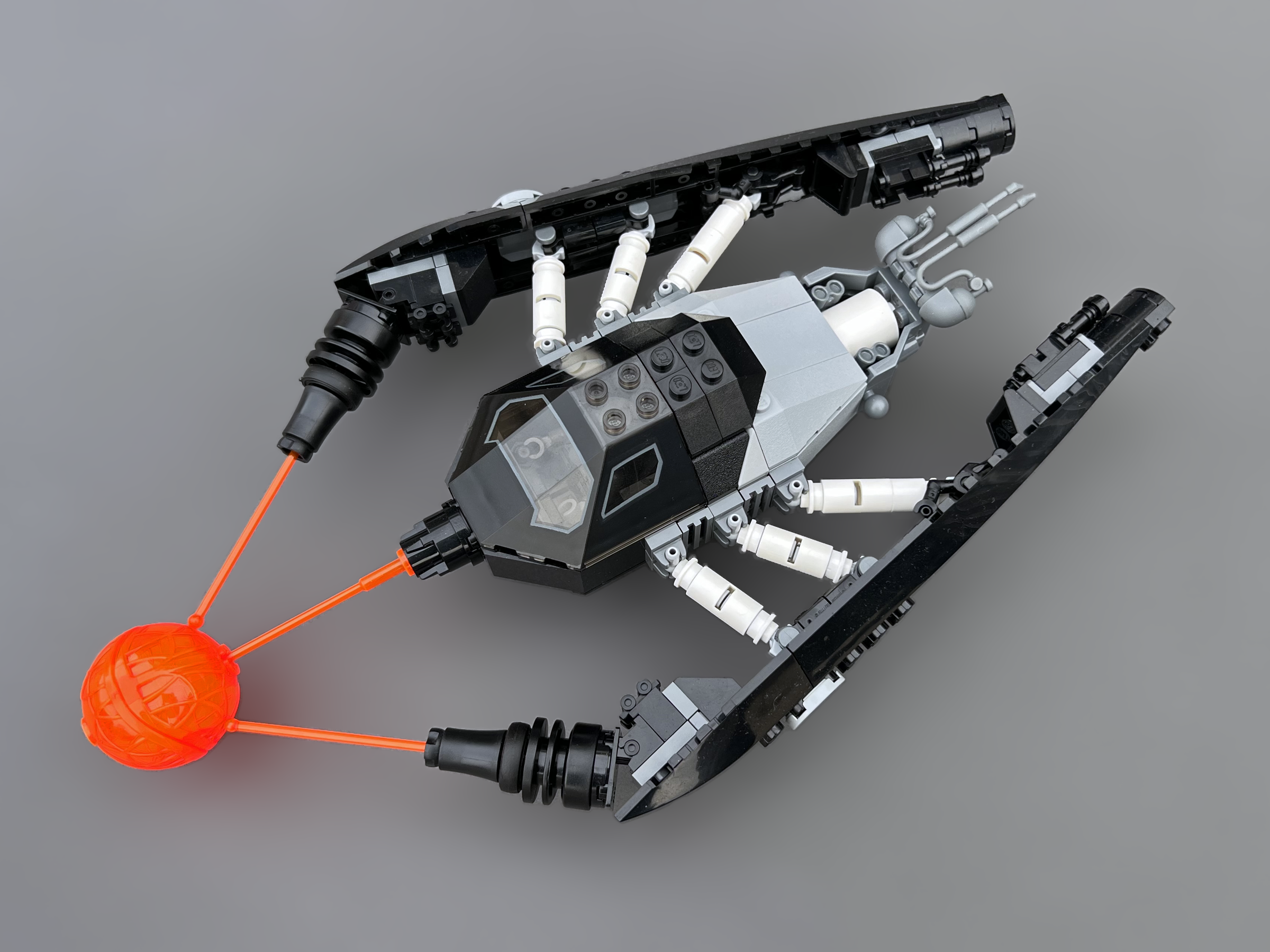 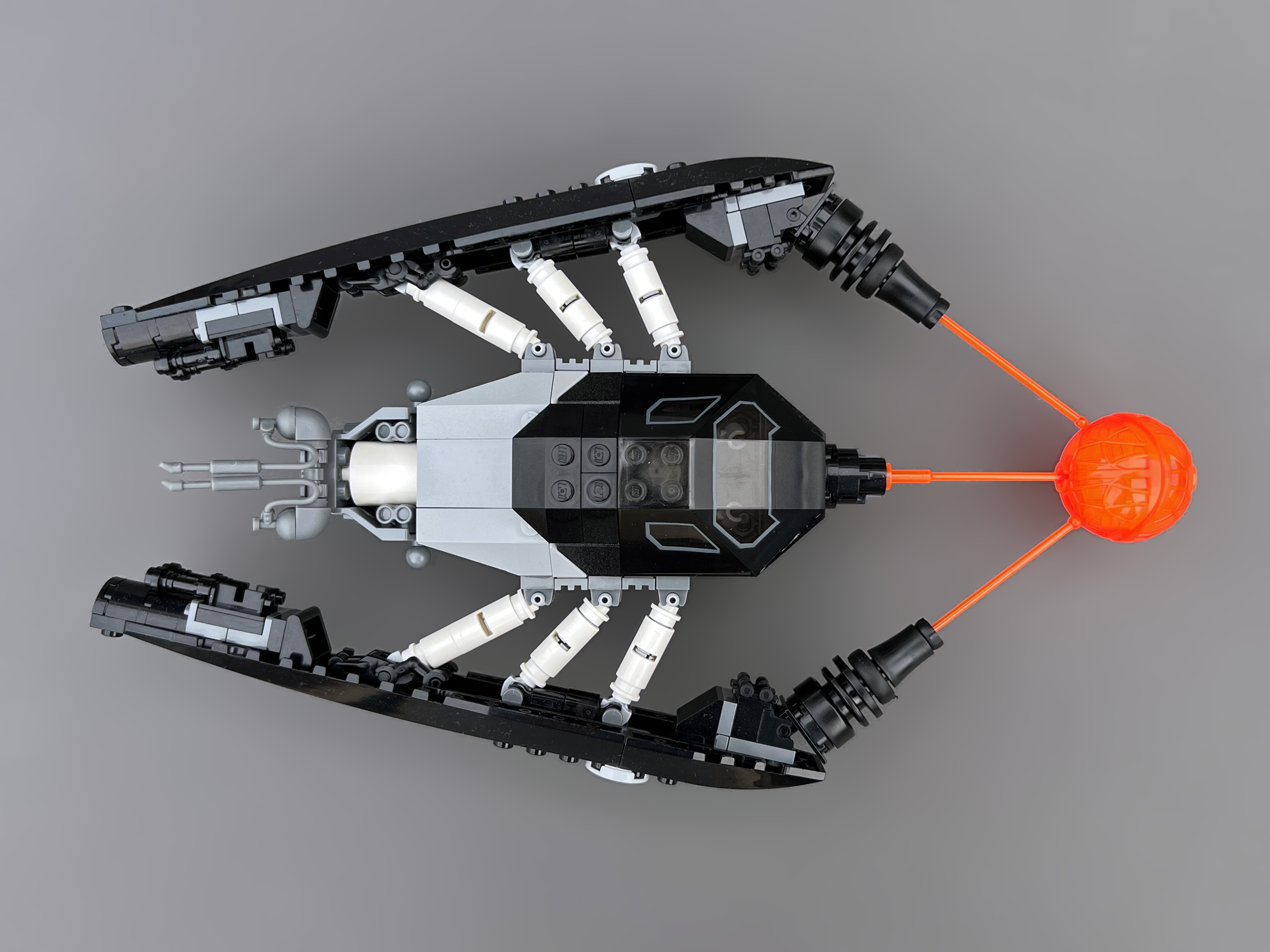 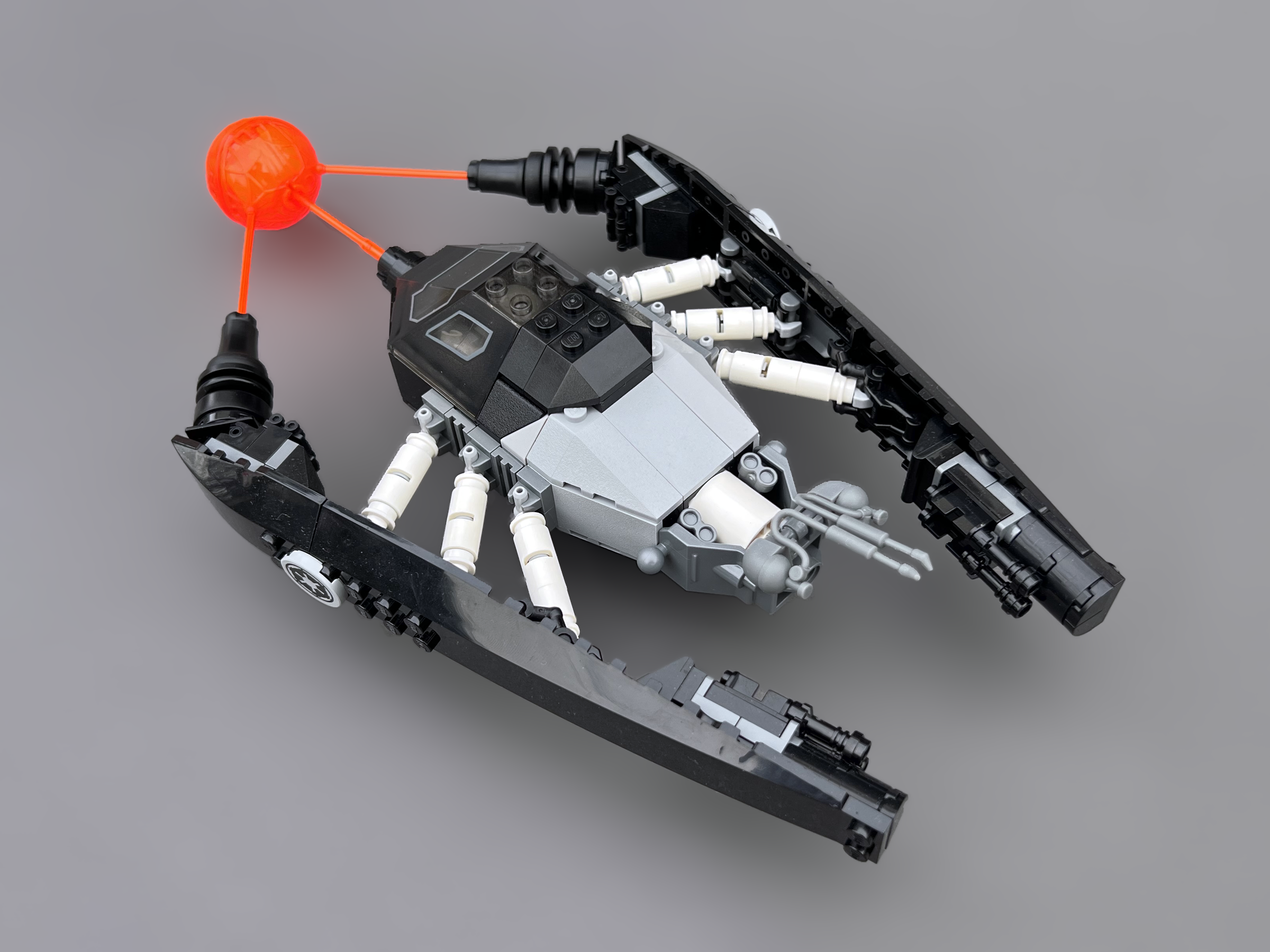 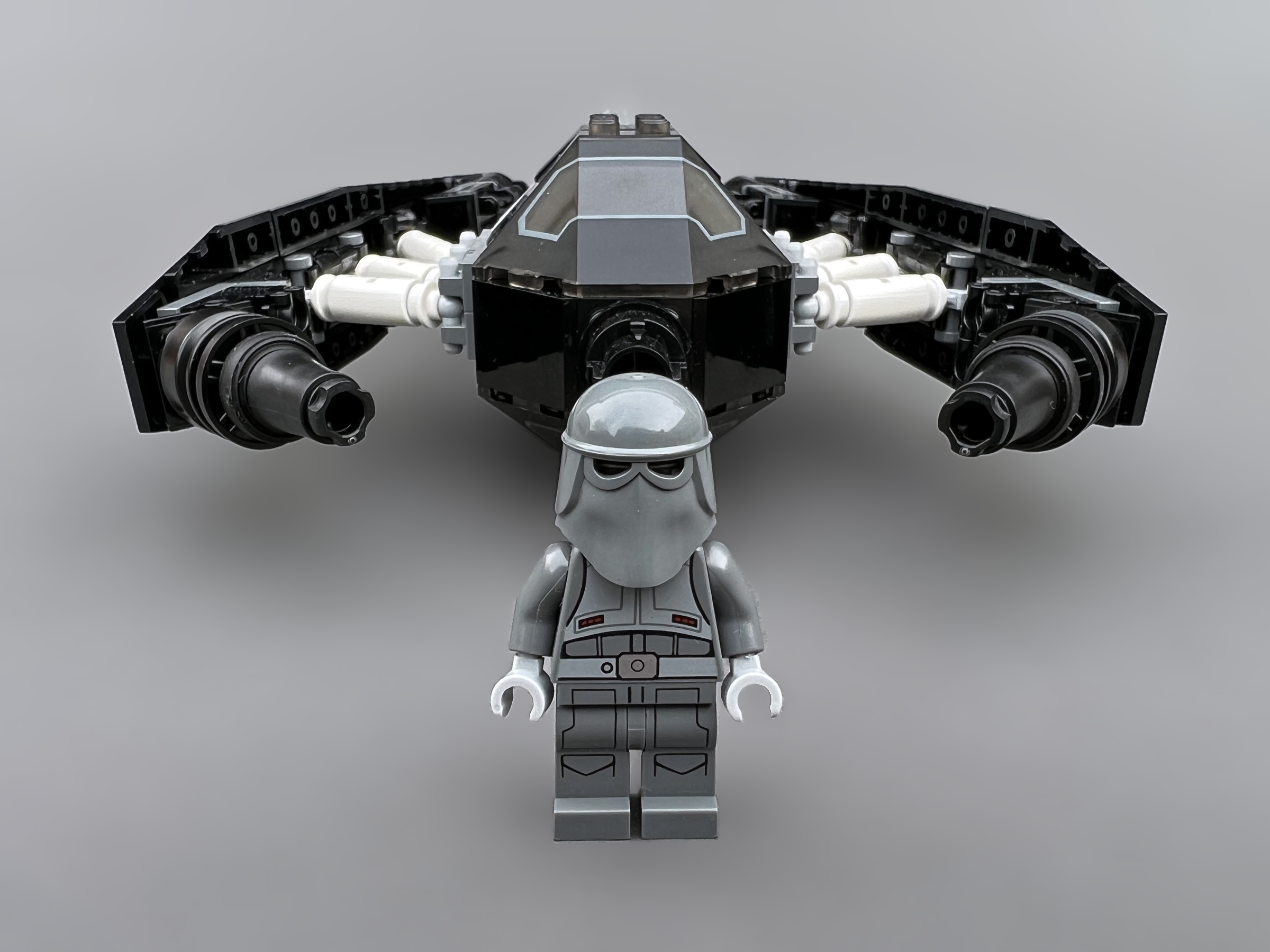 In 2005 I participated in a contest hosted by FBTB to design and build an Imperial Voidfighter. My entry at the time was mediocre. Here is a reimagined version of the Voidfighter more than 17 years later, featuring a pilot minifig with an extremely rare dark bluish gray snowtrooper helmet from around 2010 (only 2 known in existence).

You can see the original contest entries on Flickr. 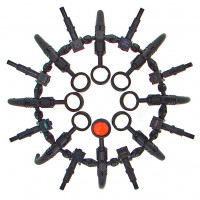