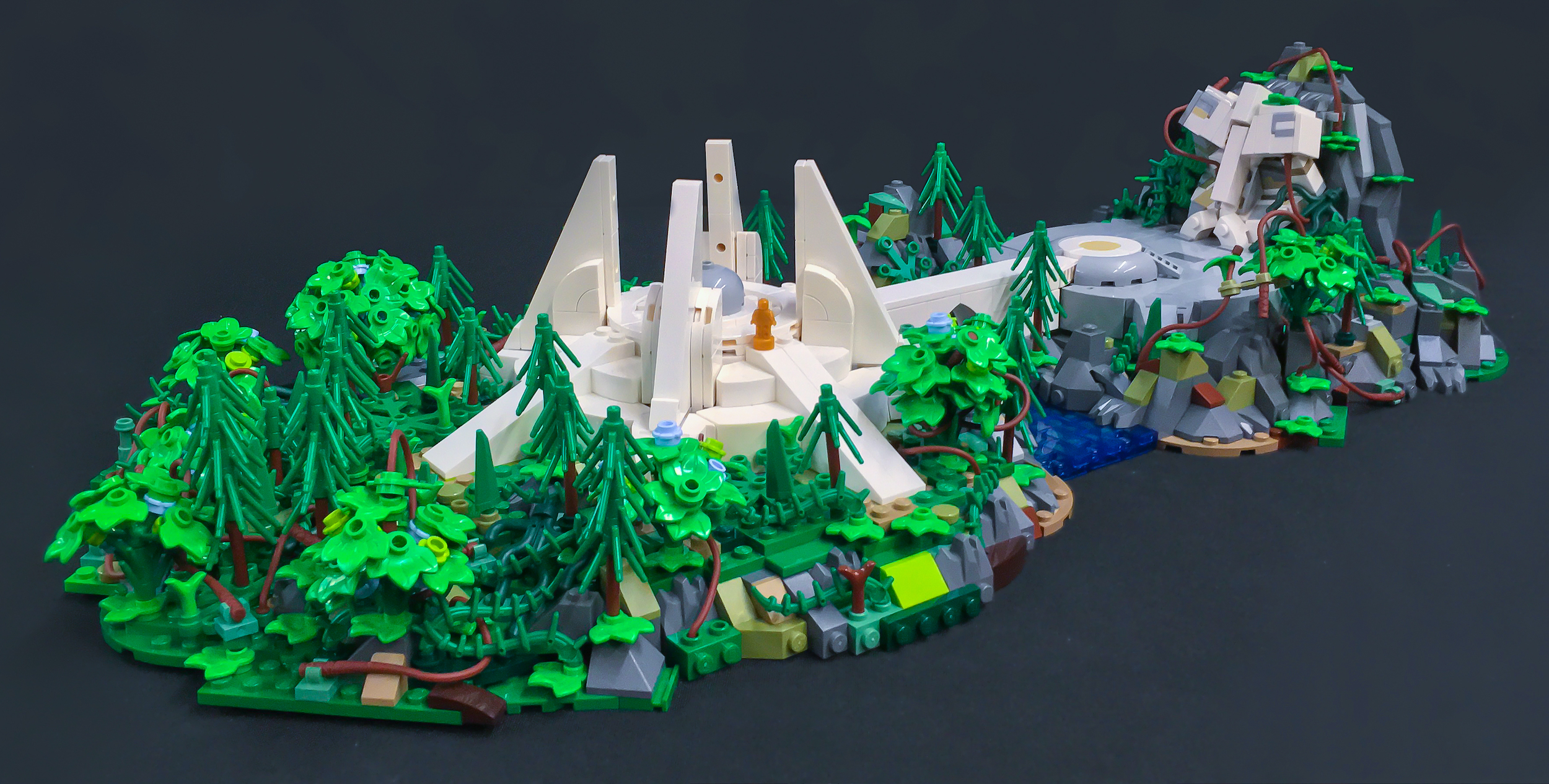 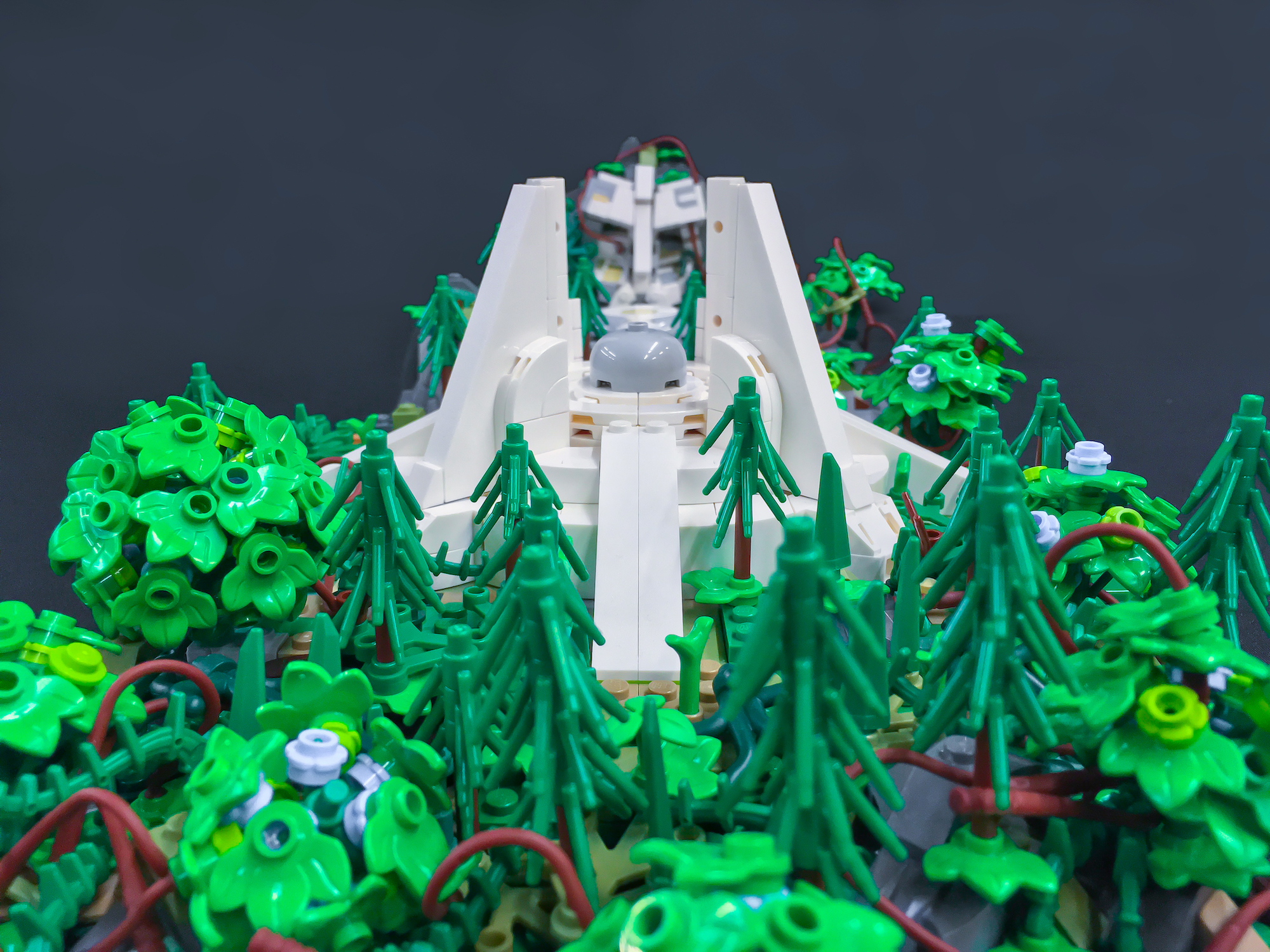 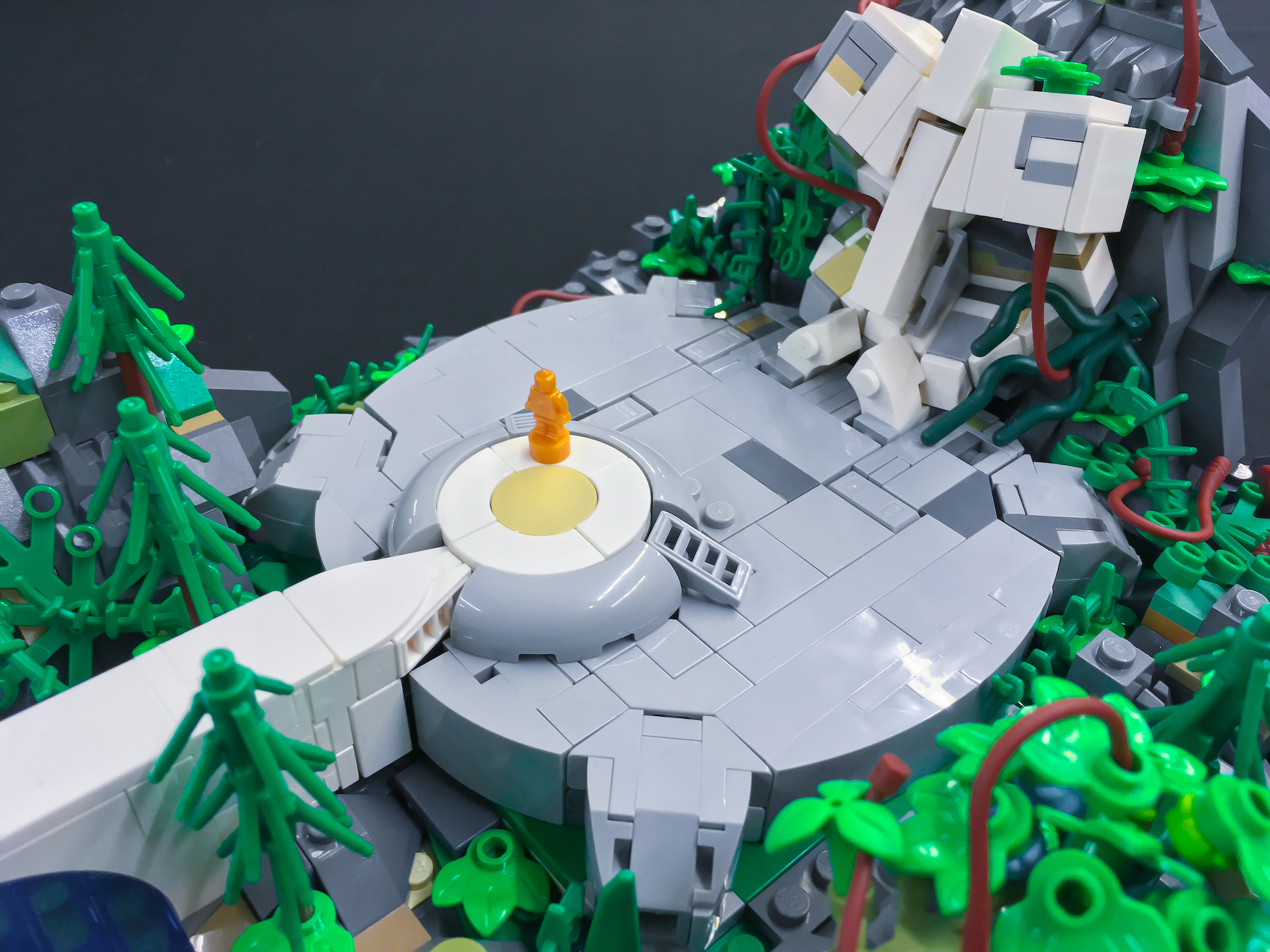 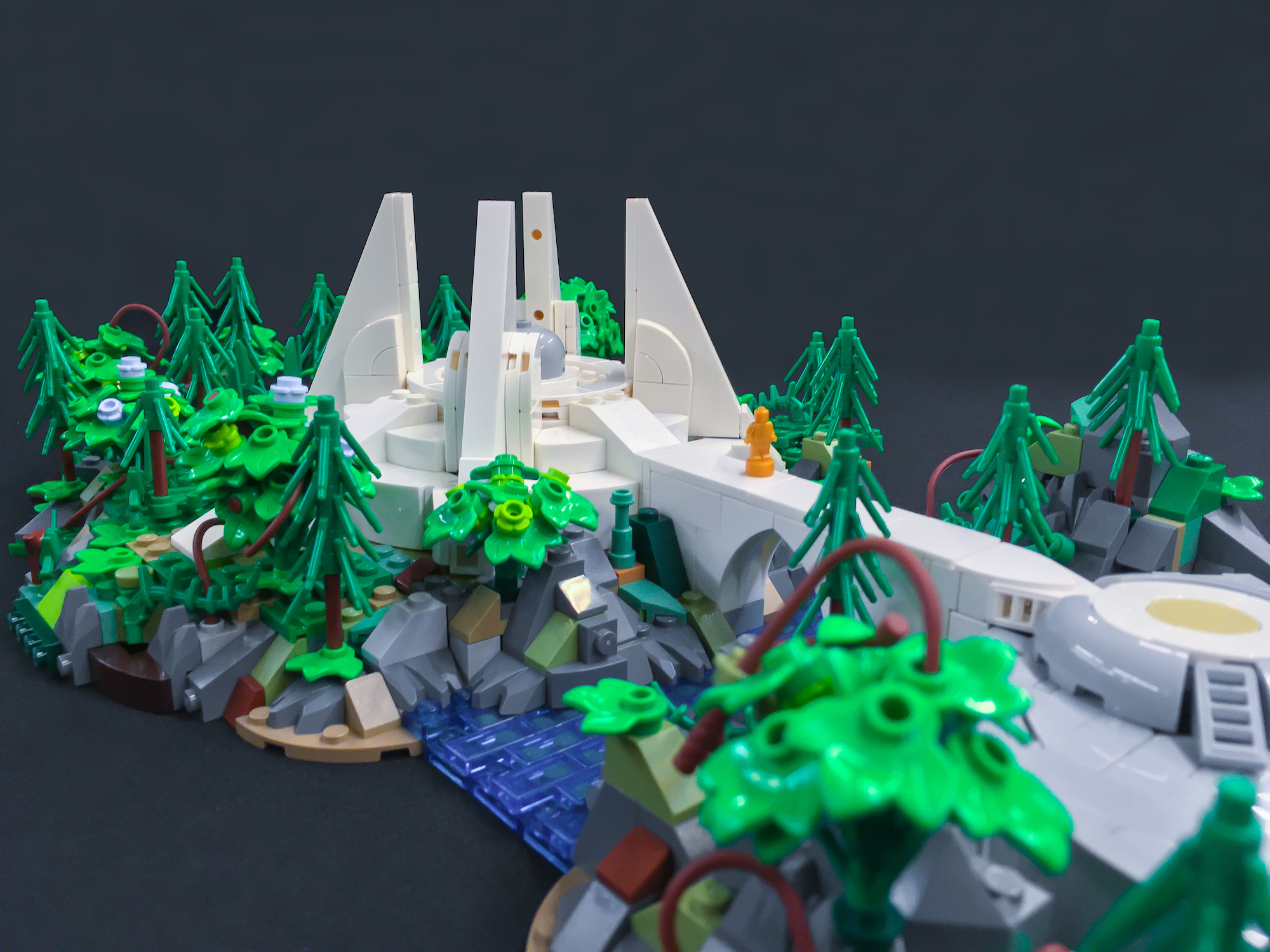 "Gathered friends... Listen again to the Legend of the BIONICLE."

A microscale landscape build with a central location from the island of Mata Nui, with a minifigure trophy part representing Takanuva, Toa of Light.

Taking inspiration from different depictions of Kini Nui temple from three separate BIONICLE media: the temple hidden in the jungle as depicted in commercials for the first BIONICLE sets, the four-spired temple in Mata Nui Online Game, and the area across the stream with the sand pit and the giant Toa head carving that features prominently in BIONICLE: Mask of Light. 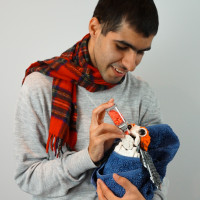