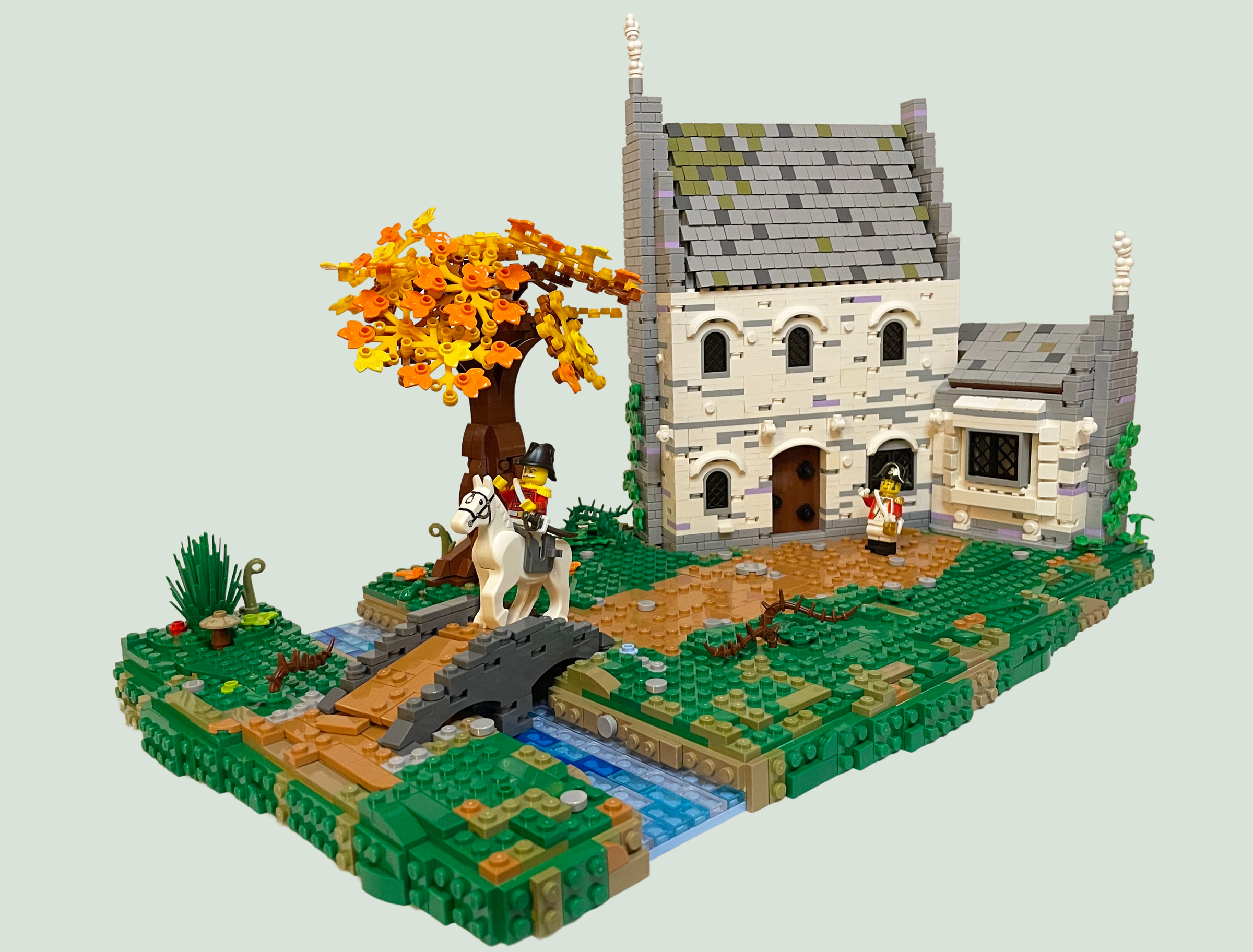 After Captain Brickleton's horse lost a shoe, Lieutenant Tennyson gave him a ride home. Brickleton was glad to see that his attendant had the fires going inside - there was a chill in the air.

Brickleton had chosen the spot for his home during an early scouting survey. When he saw the magnificent oak next to a small stream, he knew he would build his house next to it. With so few trees on the island of Panarium, a mature oak was to be treasured.

A freebuild for Brethren of the Brick Seas on Eurobricks.