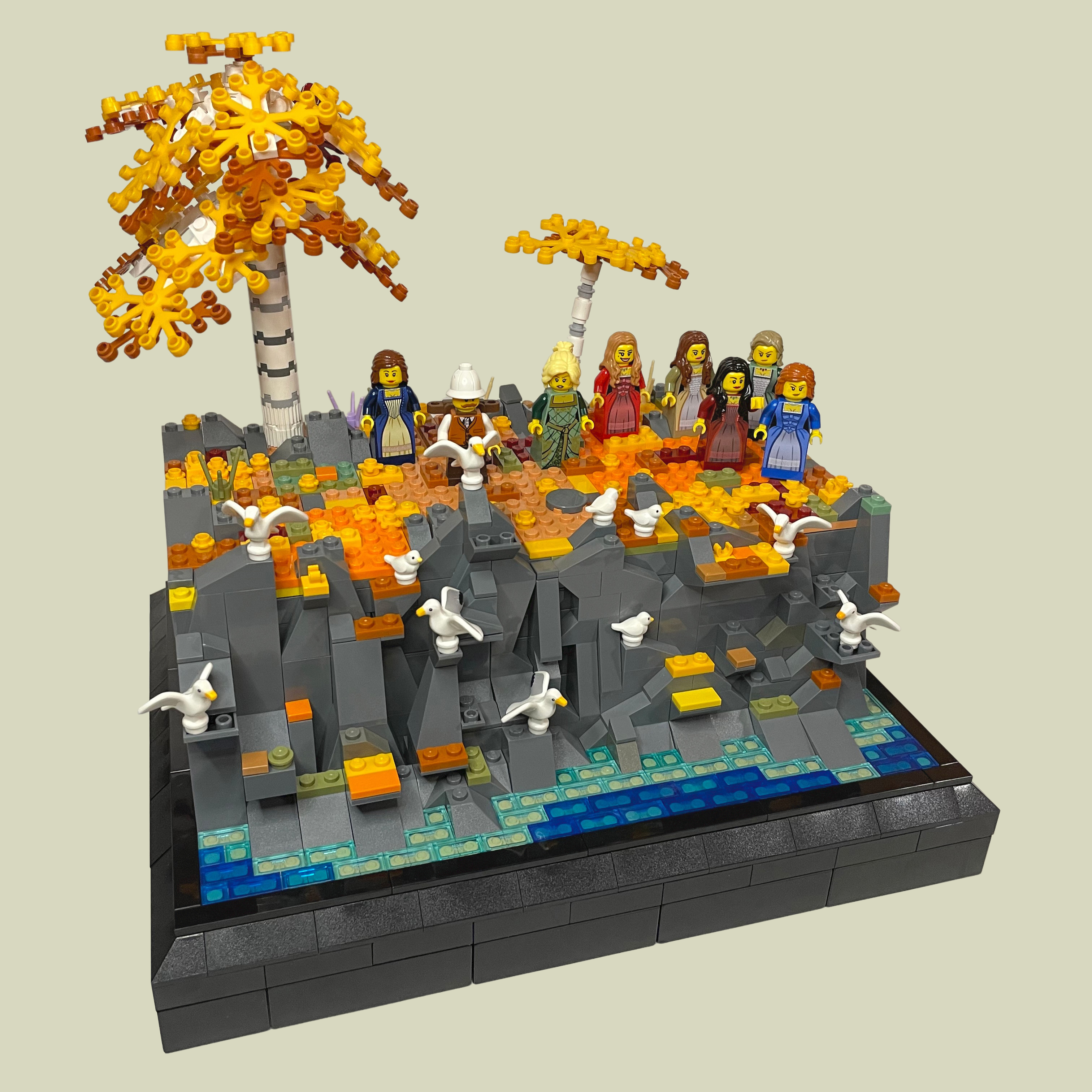 Elsabeth Stockton was bored. She had been in Wullham for a season and while taking entrepreneurial steps to financially back a Mushroom grow house had kept her busy for a time, she missed socializing with other gentlewomen the way she had while back in Belson.

In an effort to stoke the fires of society in Wullham, she had her servant deliver copies of a note to all of the esteemed houses in town. In her note, Elsabeth invited the young women of the area to join her for an adventure to the coast.

She next visited Reginald Brewerfrump at the Museum of Antiquities, where he had recently been made curator. She discussed her plans for an outing and he suggested a picturesque headland to the south where they could observe a great many sea birds in their element. He volunteered to lead the party the following week.

When the time came for the outing, she was pleased to greet six other women of the town for the short field expedition. They hiked up their dressbottoms and headed for the coast!

It is beginning to feel a little like autumn here in Colorado so I wanted to make a fall-inspired build.