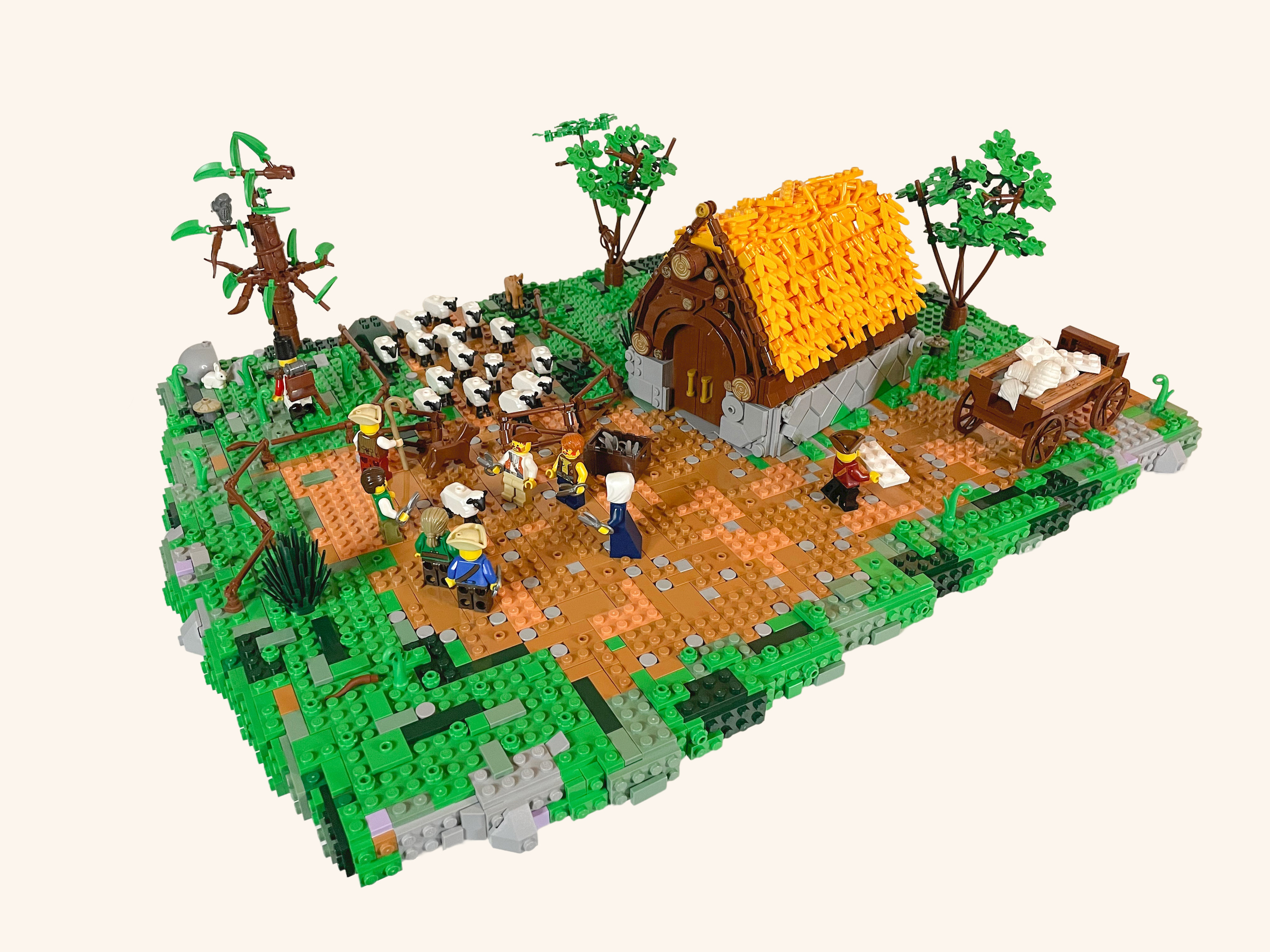 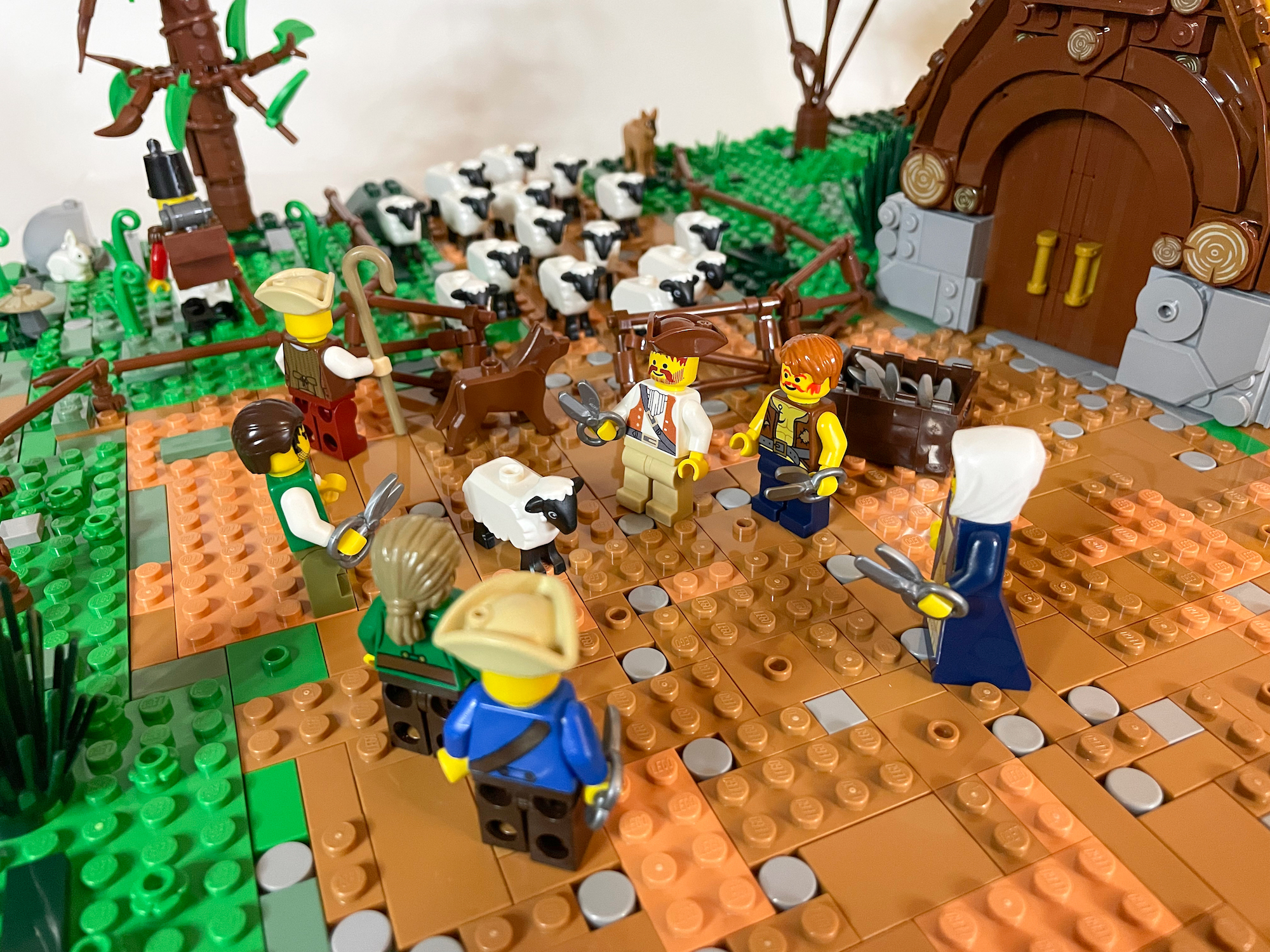 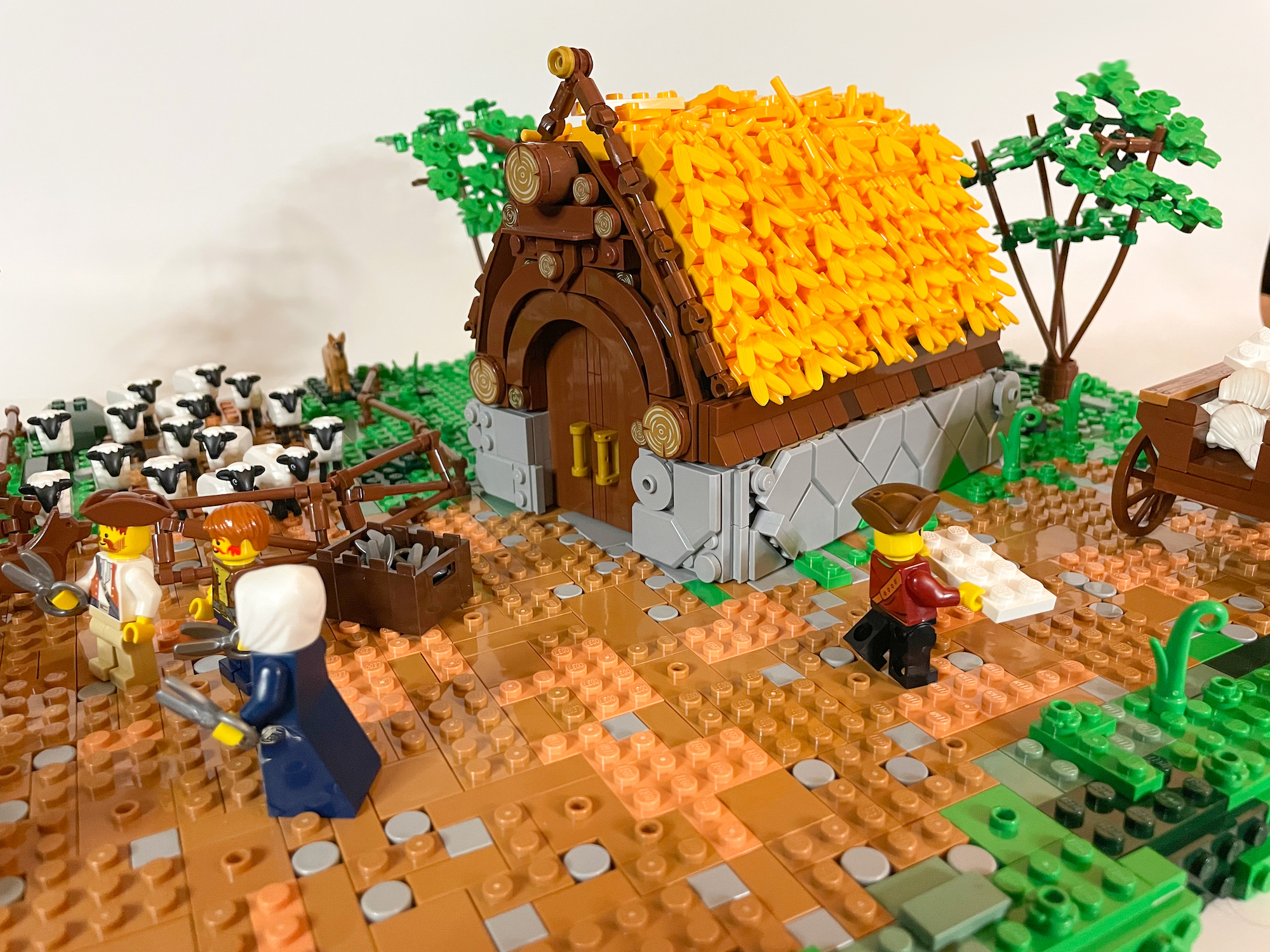 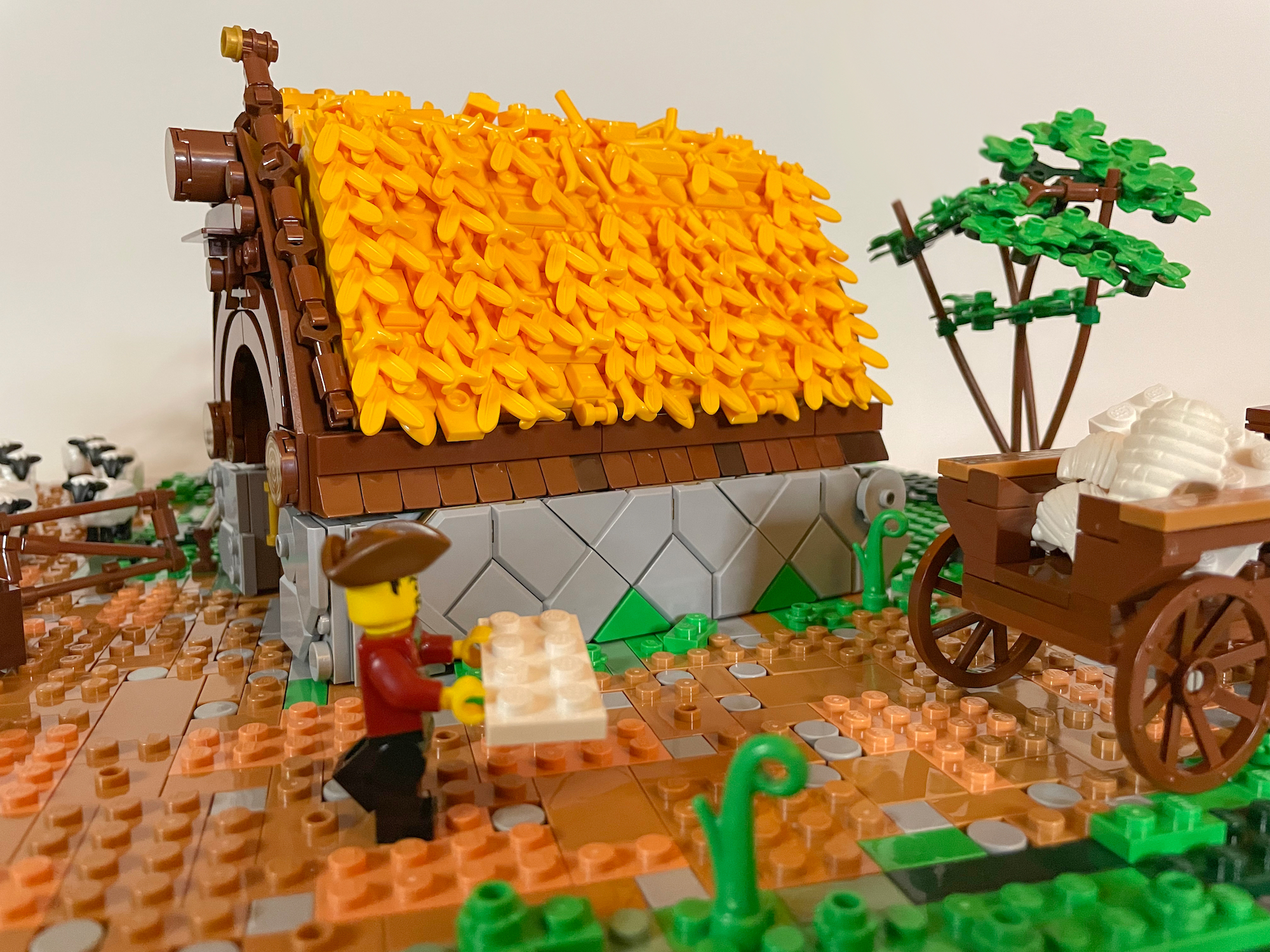 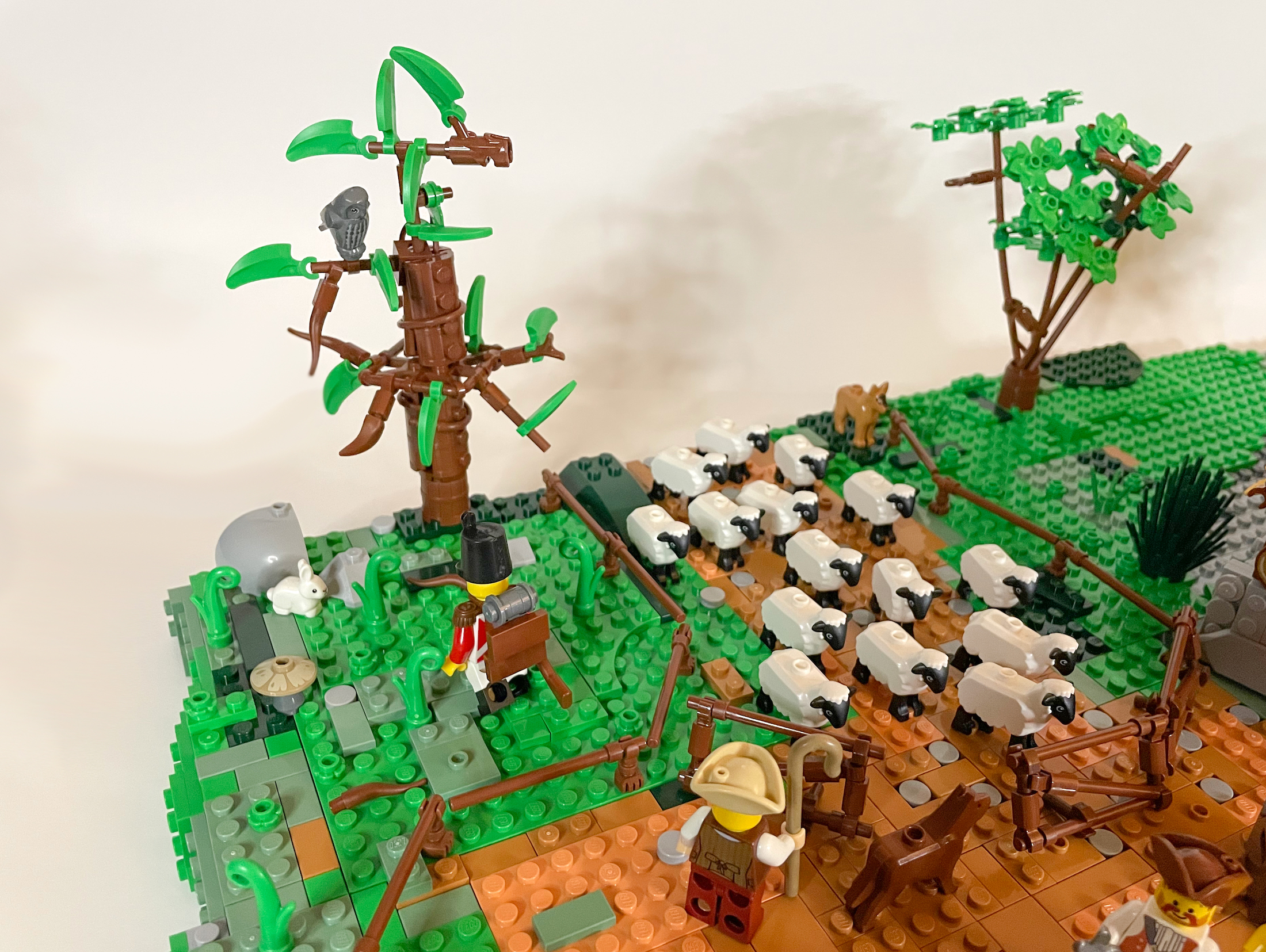 The brothers Gregor and Duncan MacAulen had lived alongside sheep for most of their lives.

They were new to Wullham and had quickly noticed upon their arrival that there was a niche that needed filling.

Wullham had a ton of sheep, but very few people who knew how to shear wool! They first thought of monopolizing the shearing trade, but the huge number of sheep on the island frankly scared them a little.

Instead, they decided to open a sheep shearing school.

In their inaugural class, the brothers welcomed five locals - including a woman! They weren't picky when it came to students who could pay their class fees.

Local herders would bring their sheep to a holding pen and the MacAulens' dogs would make sure they stayed in line.

Once a fleece was removed from a sheep, they would pile it on a cart to take to town.

Corporal Thiessen of the 26th Foot skirted the outside of the school on his way to Fort Stockton. He had received orders to report to the fort - there were rumors of action with the Lotii in the New Haven Sea!

This one was just a fun chance to try out some techniques I'd been wondering about (the thatch roof, treasure chest tree, wigs for fleece, etc).