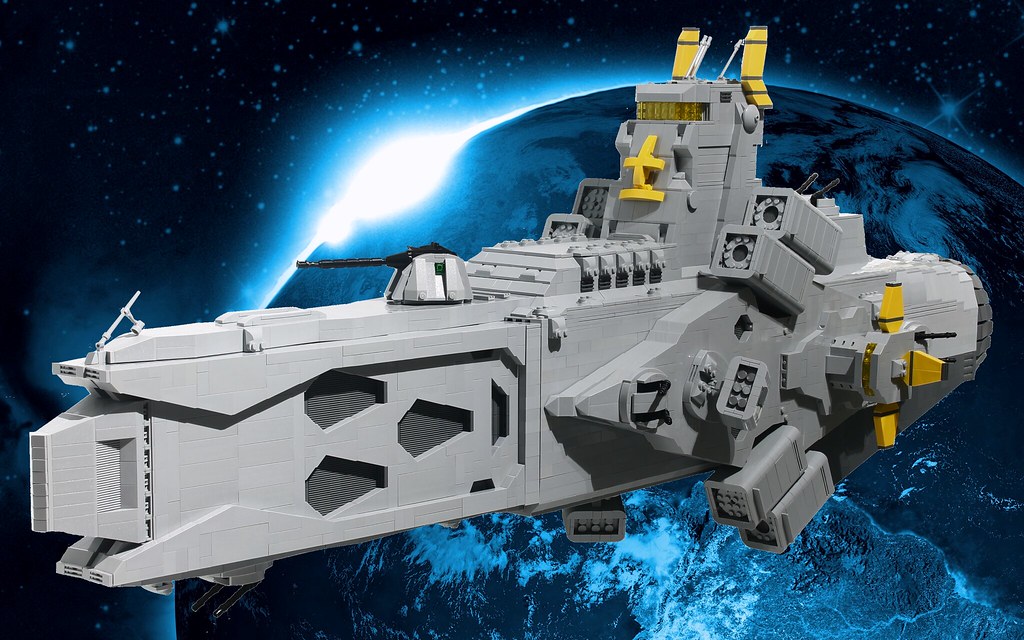 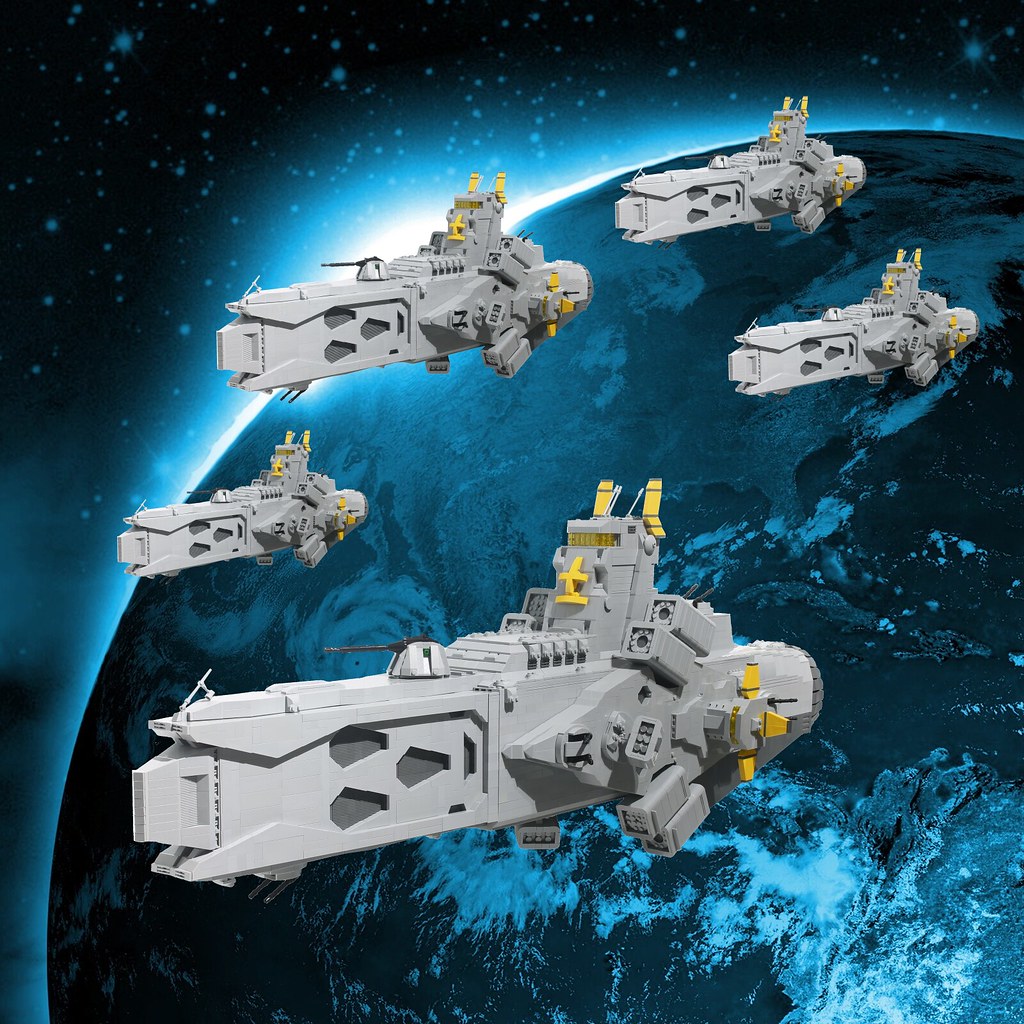 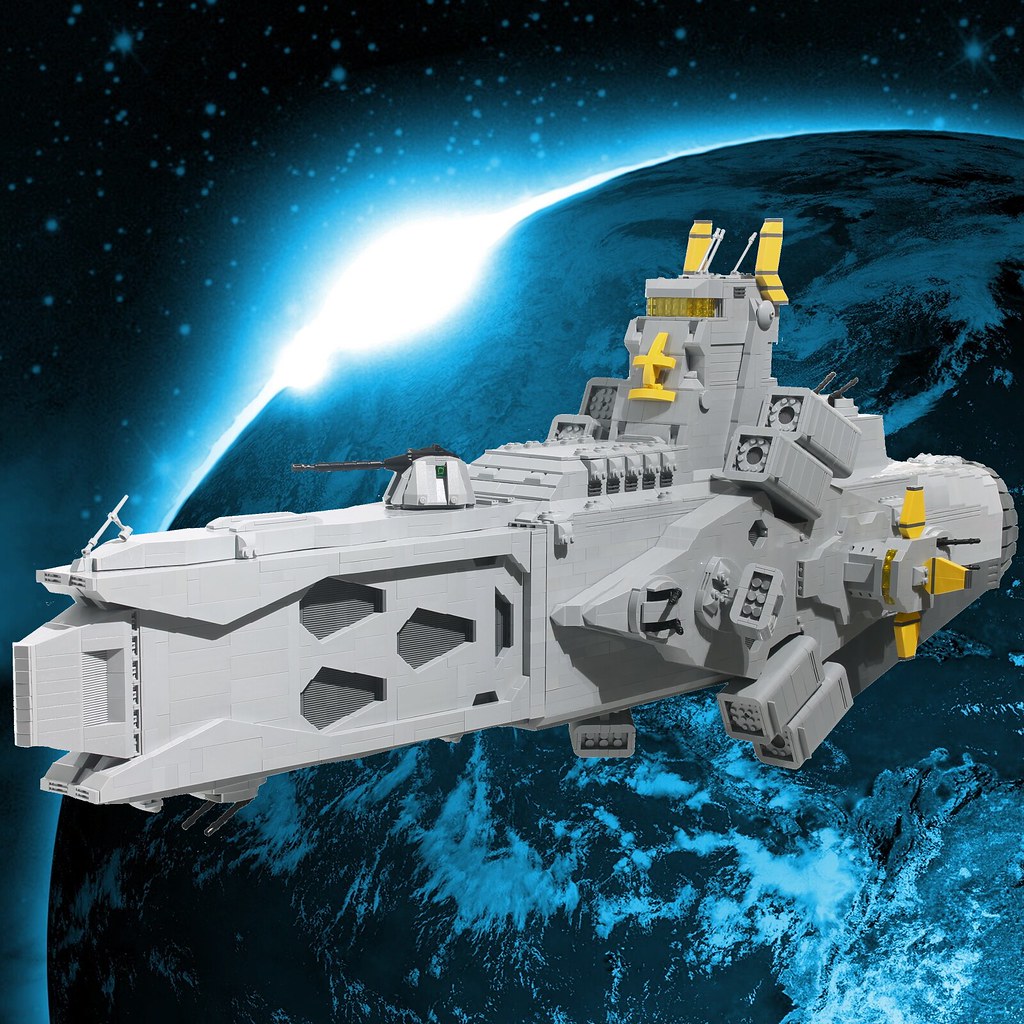 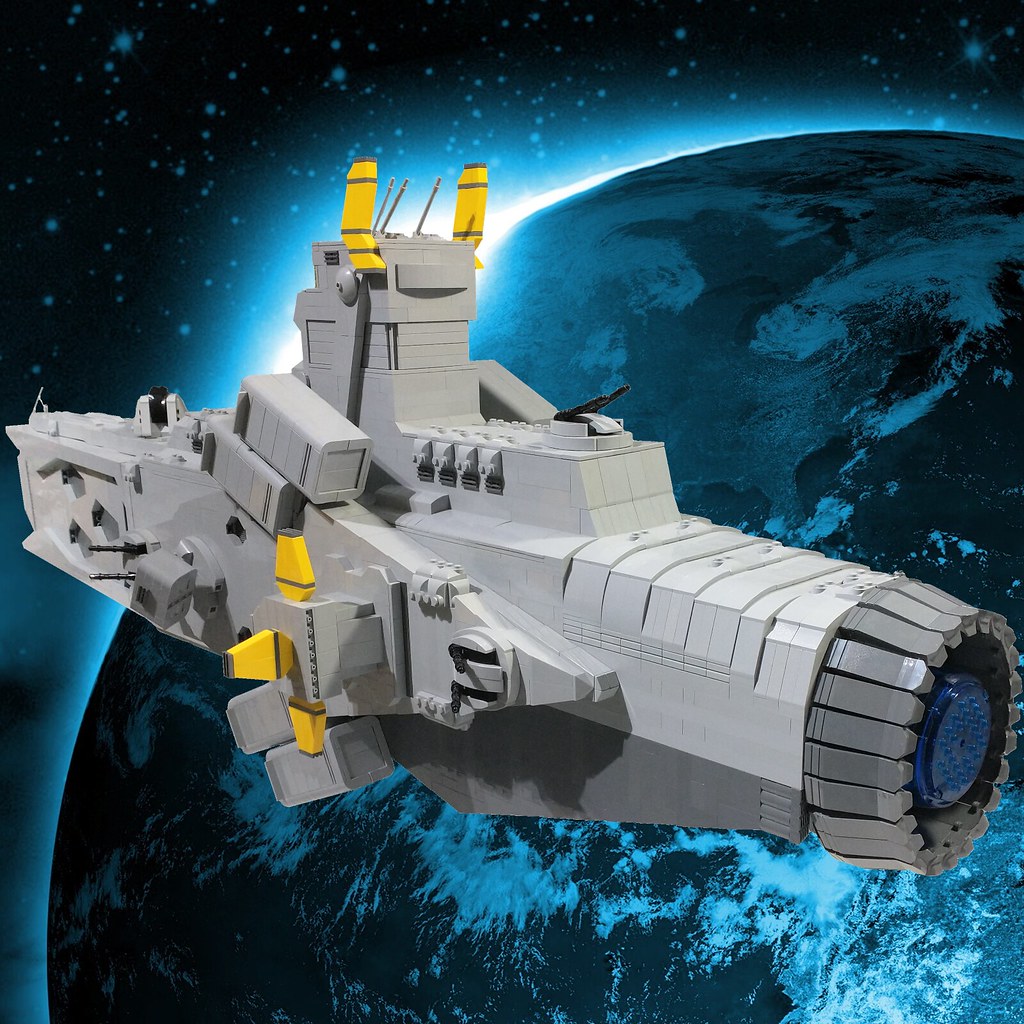 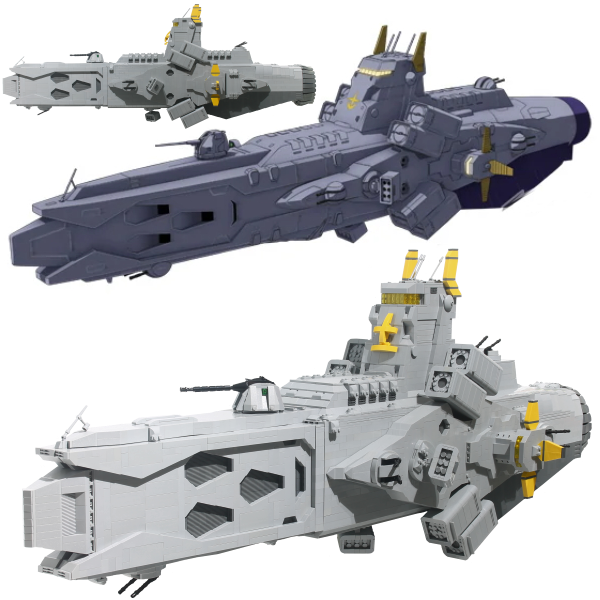 A small escort ship deployed by the Earth Federation space fleet. Smaller than the Salamis-class cruiser, it is equipped with only a single mega particle cannon, but has a large number of missile launchers mounted all over its hull. With forward missile launchers, a VLS (Vertical Launch System) on top of the hull, and missile pods and missile launchers on its sides, it can fight using a wide range of physical projectiles. Armaments: Mega Particle Gun, Foreword Internal Missile Launcher, 5-tube VLS, Missile Pods, 6-tube Missile Launcher and 2-barrel Machine Gun Turrets. 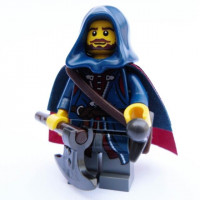 I love all themes, but castle the most!