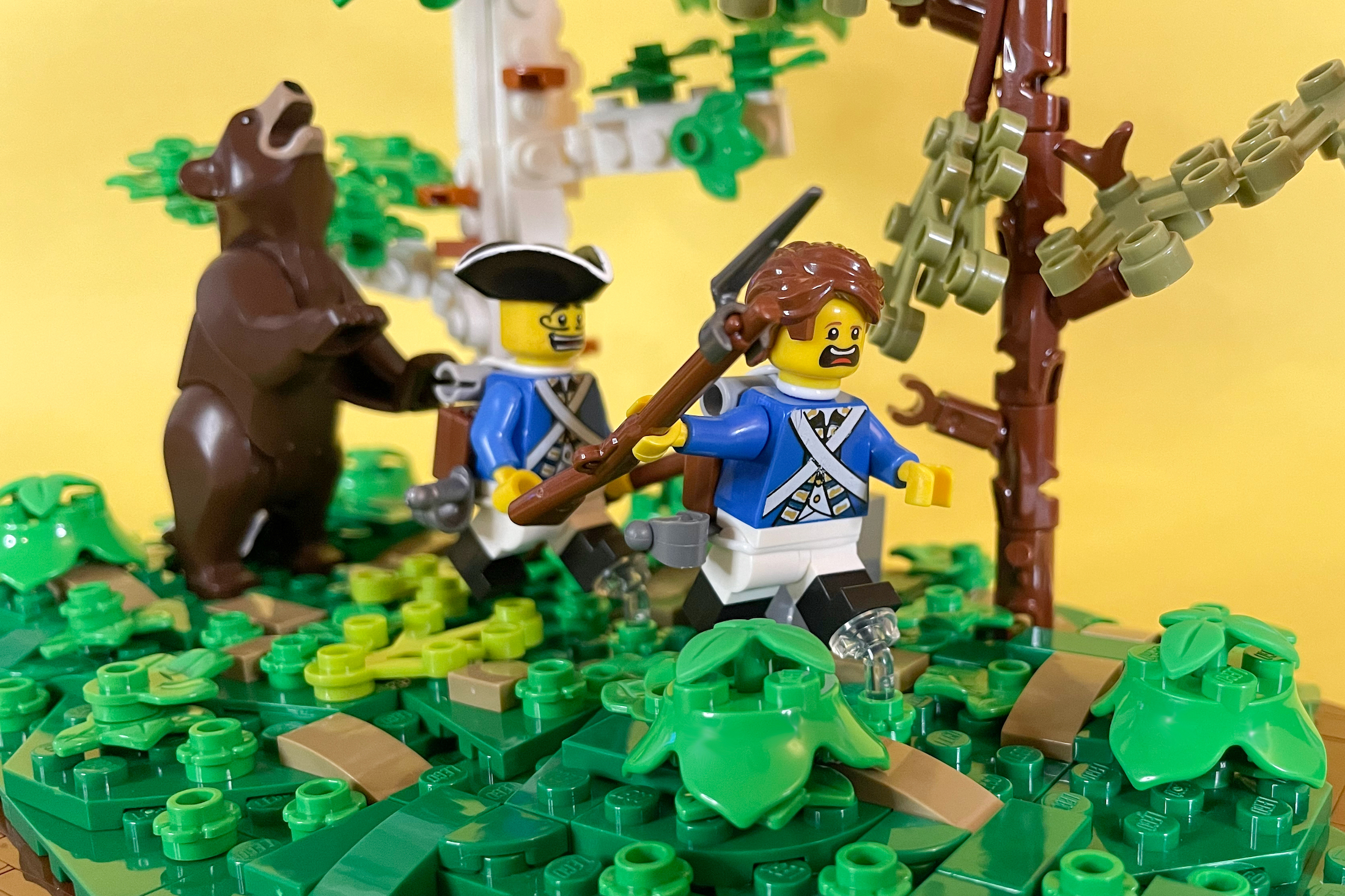 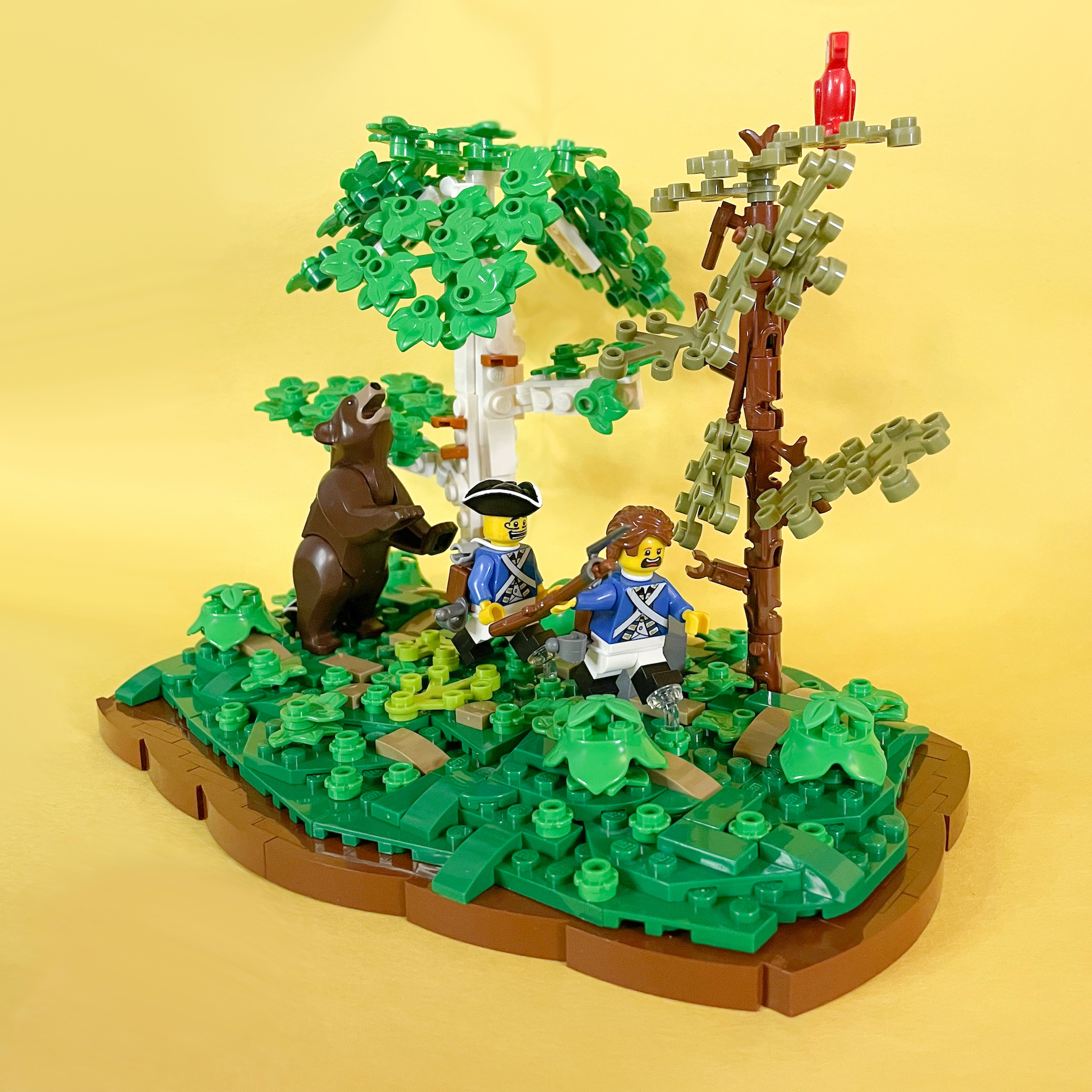 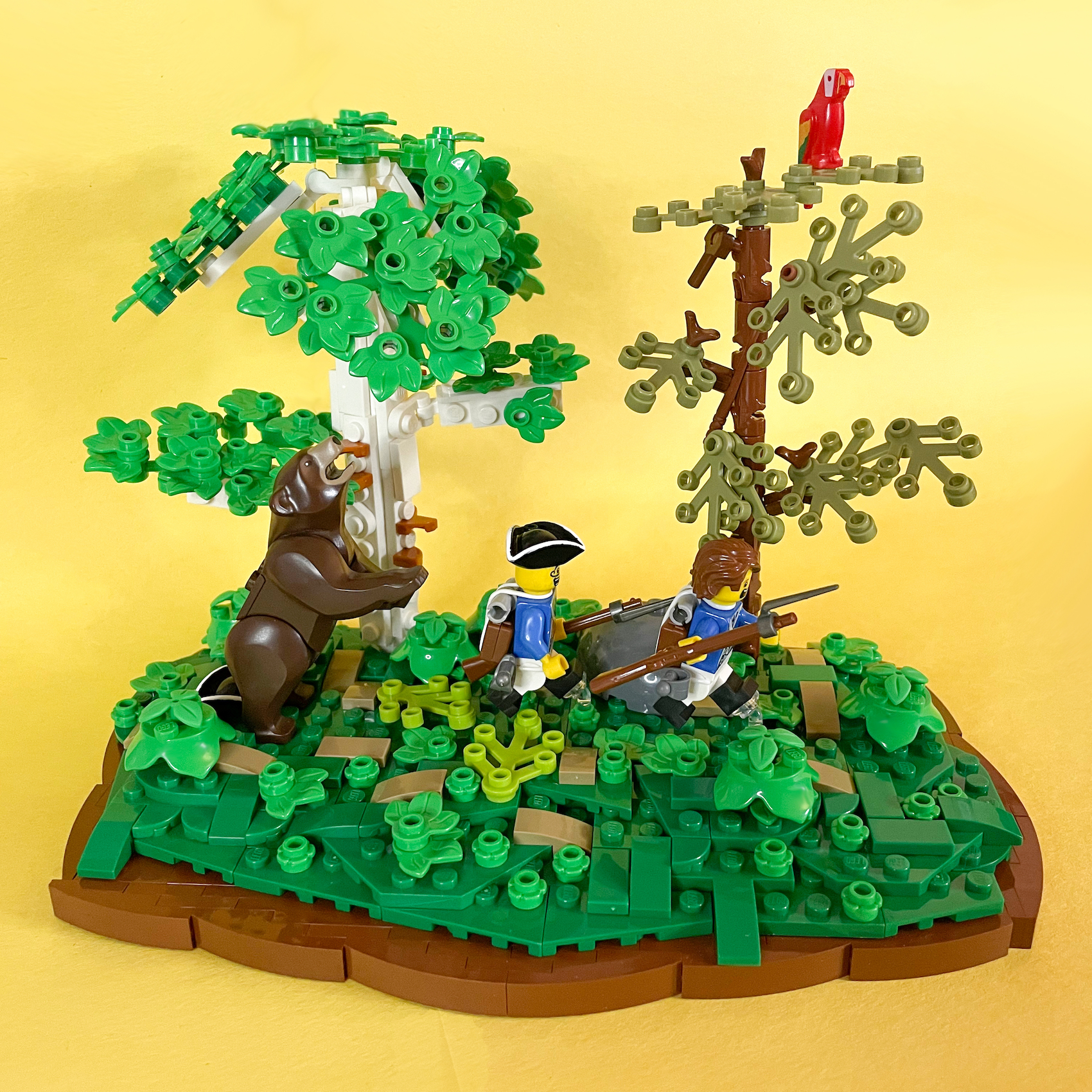 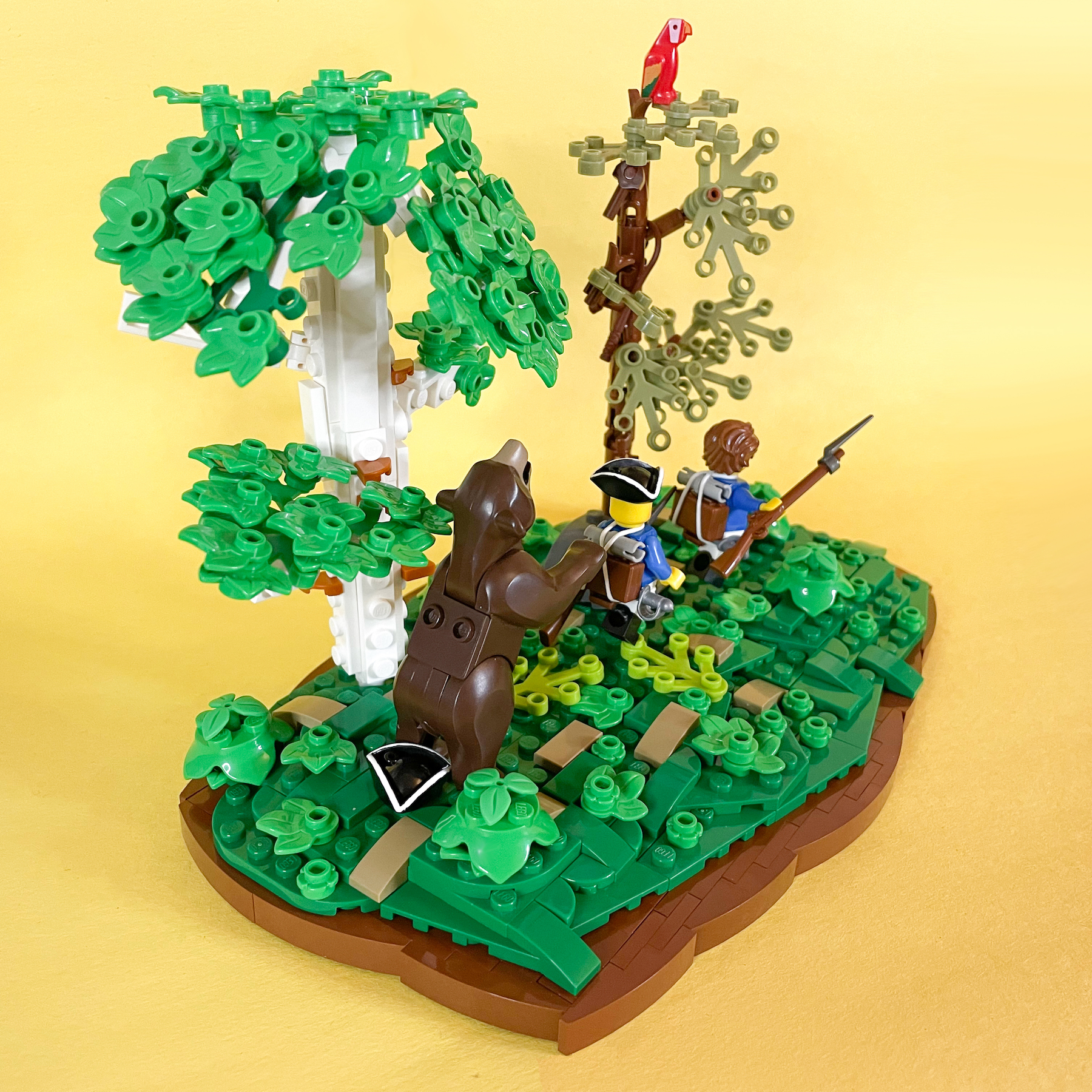 You Don't Need To Run Faster Than The Bear

The two soldiers were out for a patrol from Fort Arltrees.

As they entered a small stand of trees, they came across a cute baby bear. They tossed it some cheese and then came close to pet its head.

Then the mama bear appeared.

With this in mind, he tossed his musket aside and ran a little faster.

Built for Brethren of the Brick Seas on EuroBricks