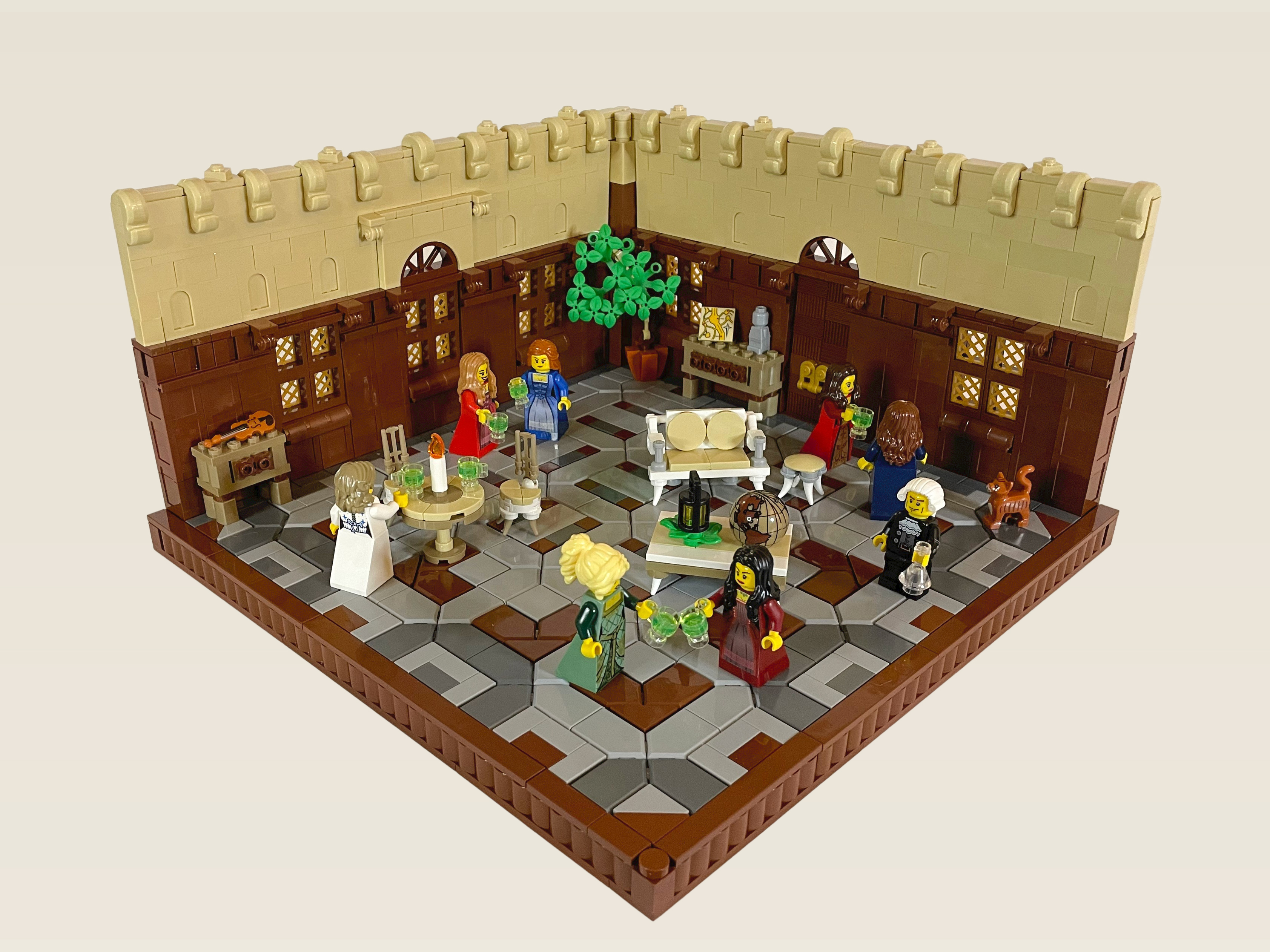 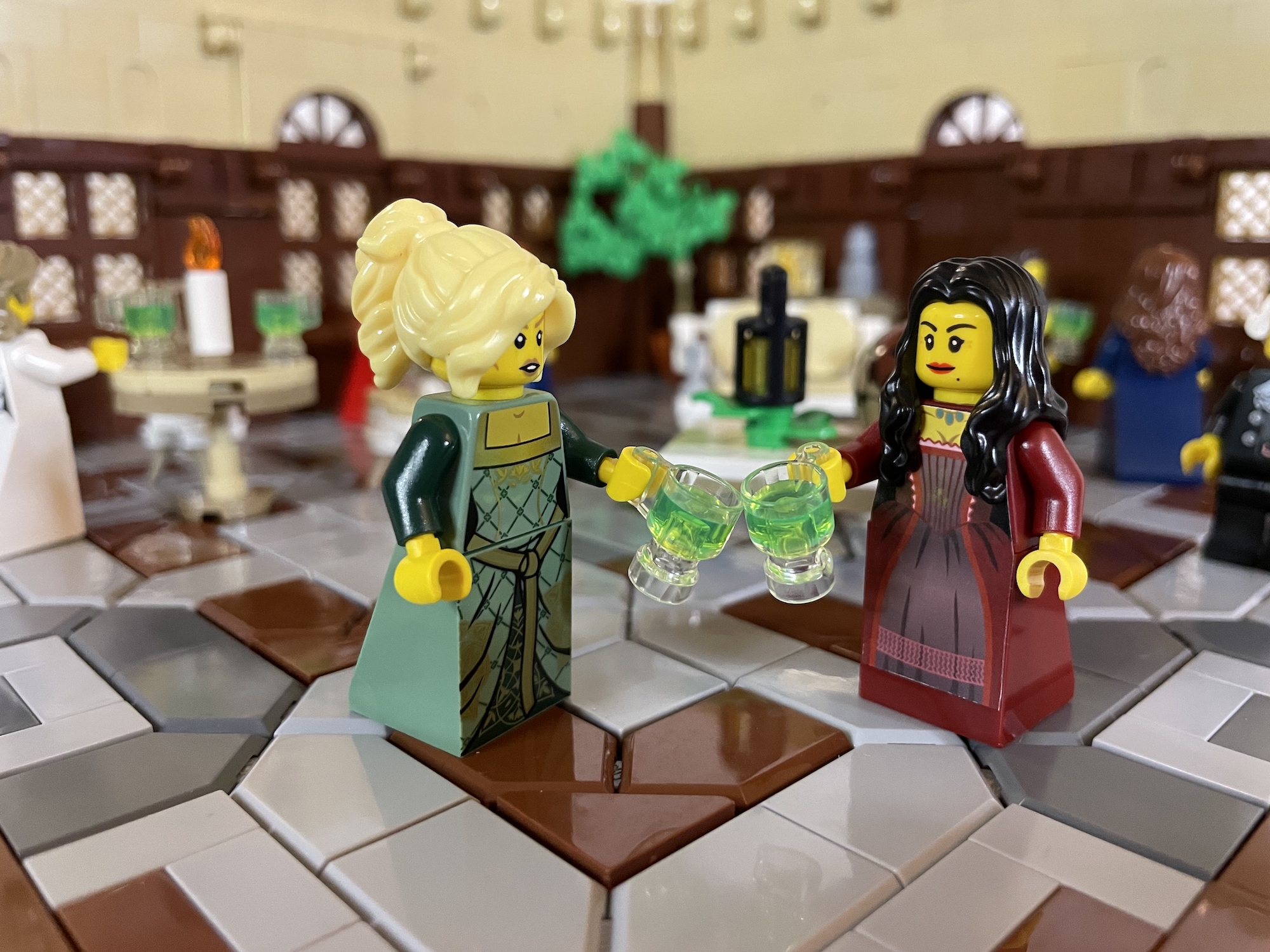 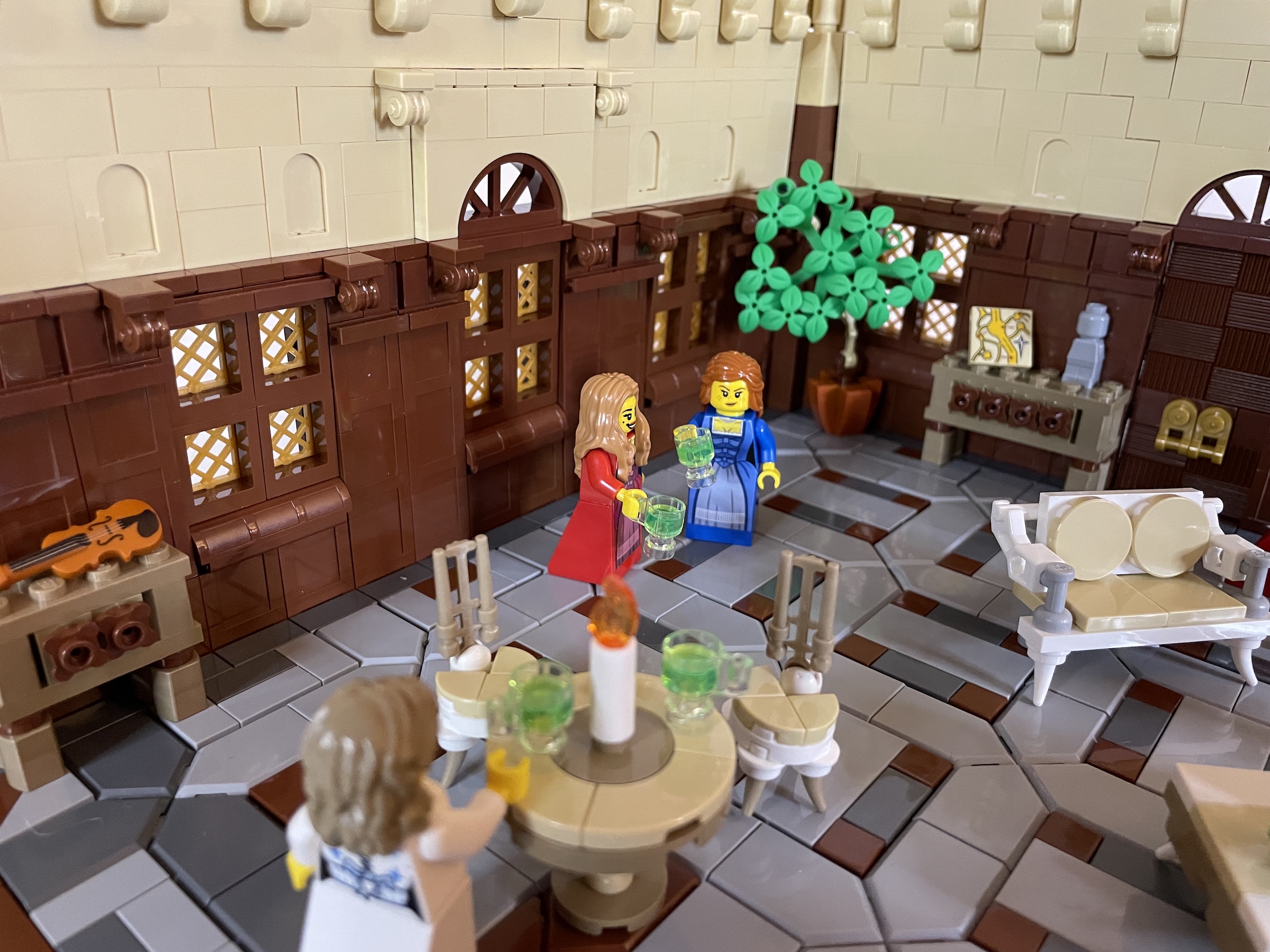 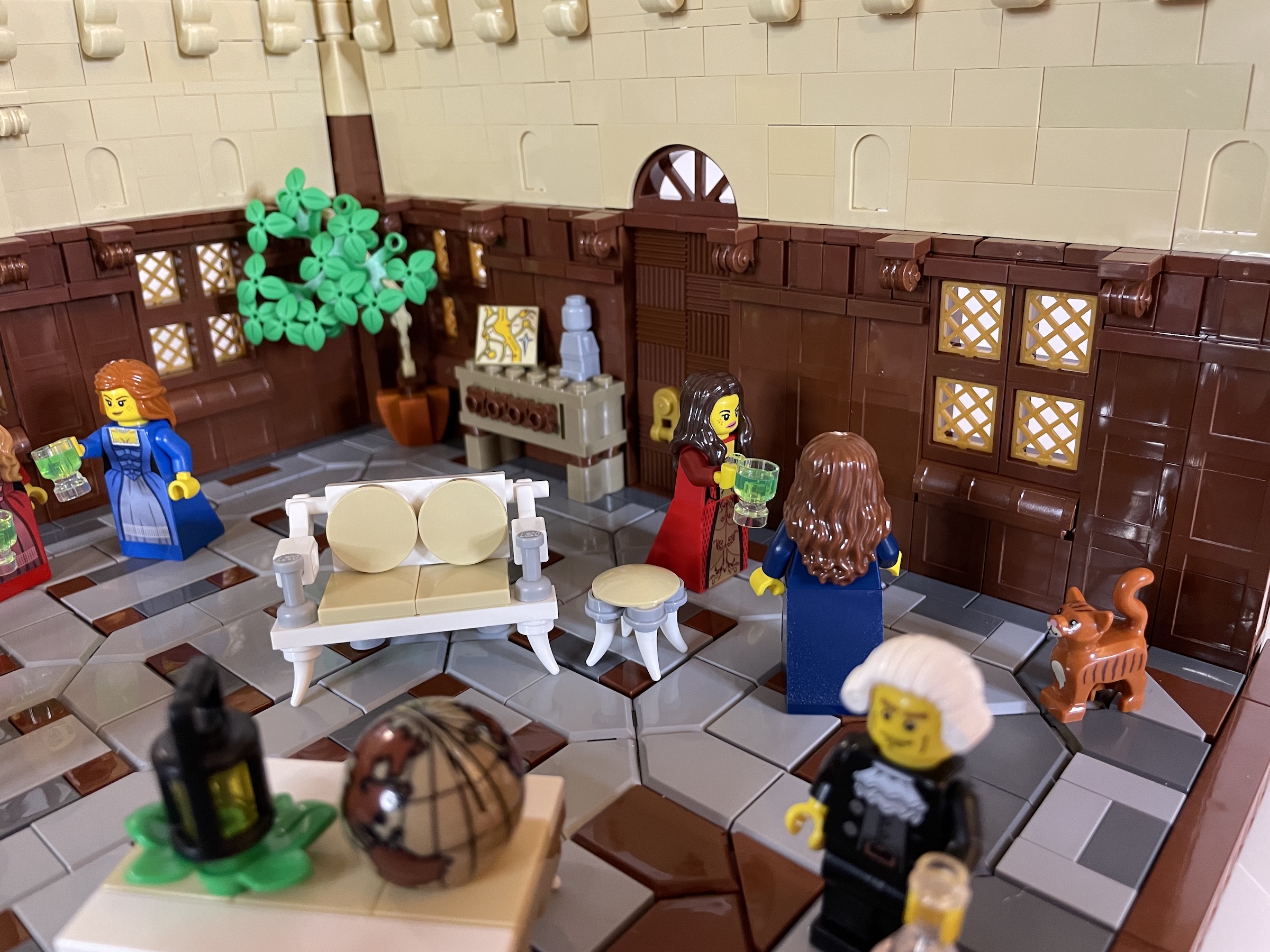 A Drink That Glows

A crate had arrived earlier in the day from Captain Brickleton. It contained a strange alcoholic drink Brickleton had called 'absinthe' in his accompanying letter. The drink was apparently taking off in Westface on the island of Terraversa.

Elsabeth Stockton decided to invite the women of Wullham to sample the new beverage together. Under the guise of a knitting circle, they gathered in the lobby of the inn where Stockton was staying.

Stockton gossiped with Mary Chattan about Captain Brickleton and rumors of a war with the Lotii.

Harriet Pilloughsby was not a fan.

They all had strange dreams that night.

I received a whole bunch of those bright green Harry Potter mugs during a LUG draft and wanted to use them in a build! Also wanted to try out using the treasure chest lid as a window sill. 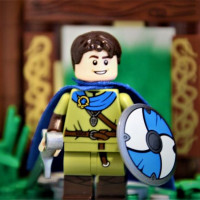 The treasure chest works very well. The tiled flooring has a nice clean look to it too.