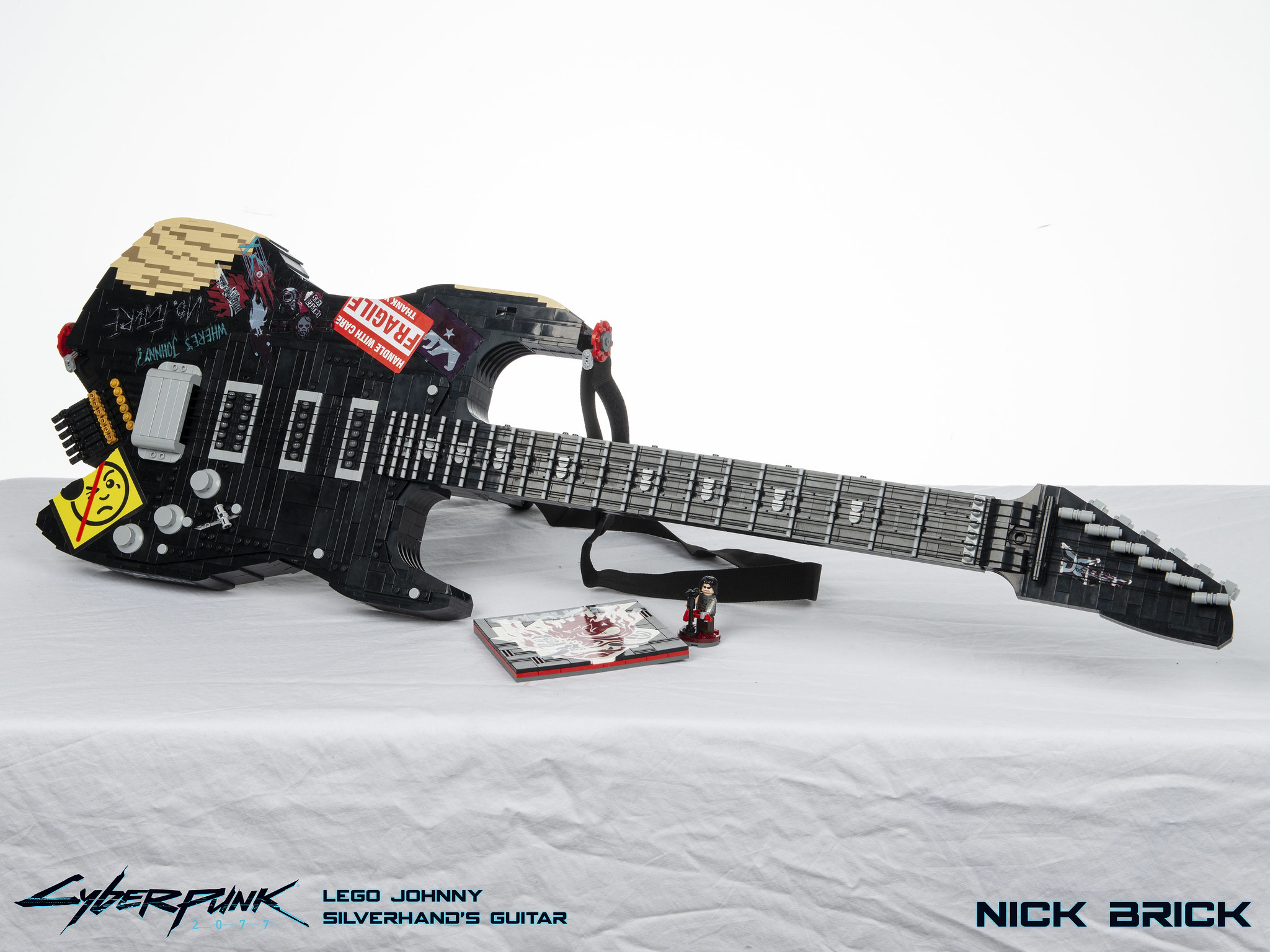 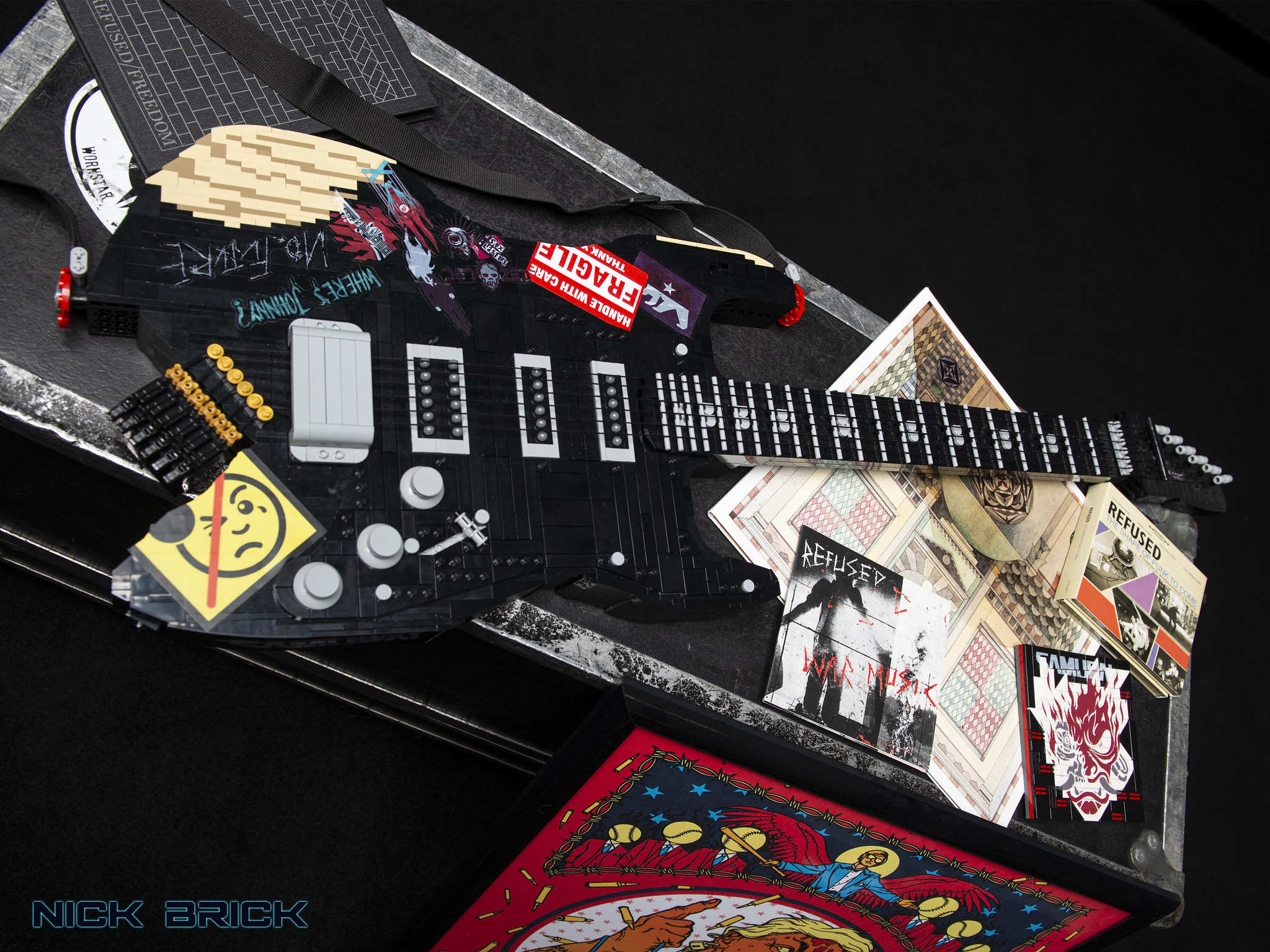 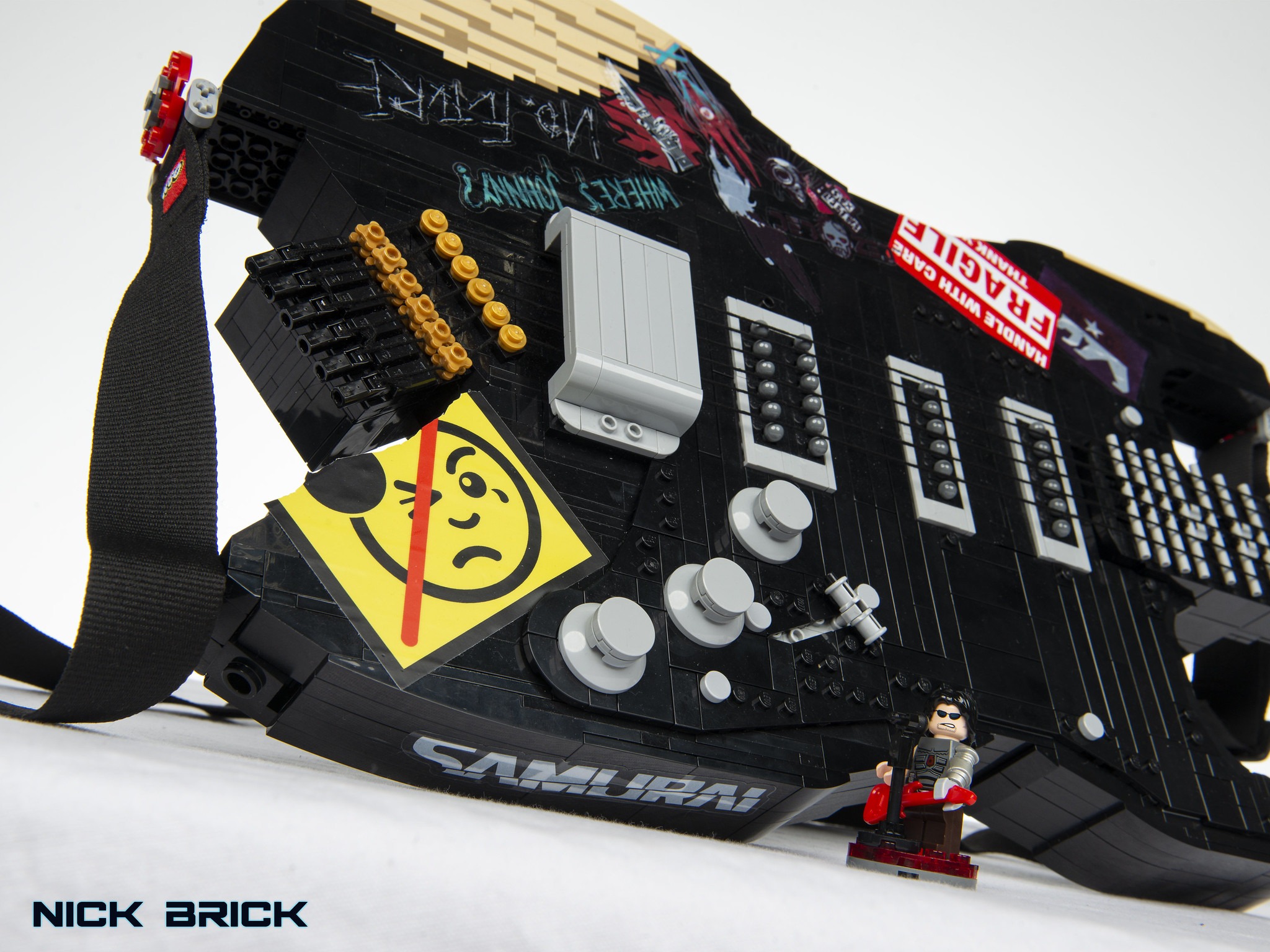 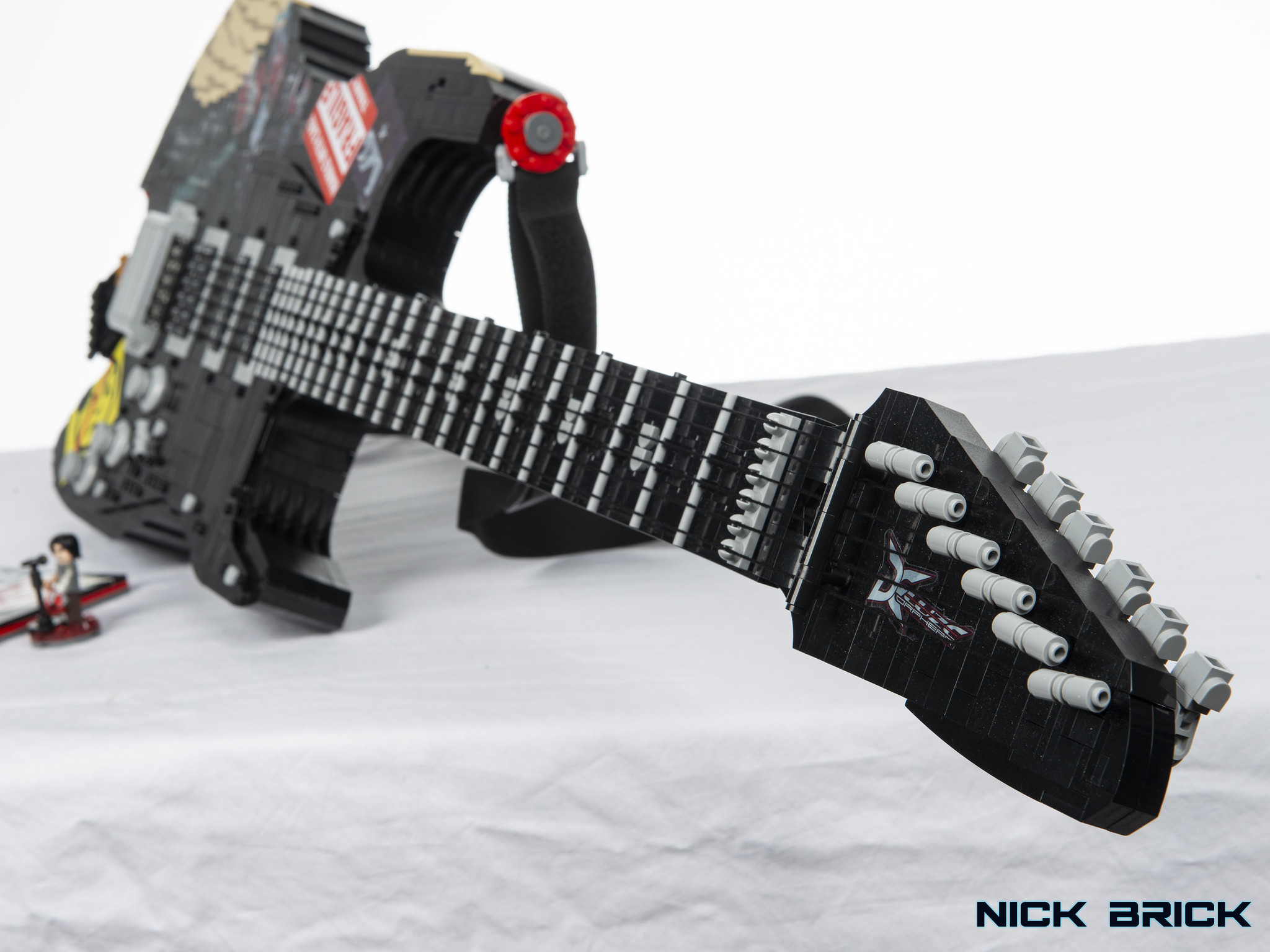 “The great spirits proclaim that capitalism is indeed organized crime and we’re all the victims.” -Refused, Refused Party Program. Johnny Silverhand too, probably.

Refused is my favorite punk band, so I lost my mind when CD Projekt Red revealed Refussd would be performing the SAMURAI songs in Cyberpunk 2077. Although there are, of course, plenty of futuristic weapons to pick from for a Cyberpunk build, the guitar played by SAMURAI frontman Johnny Silverhand was a perfect fit for both fandoms!

The only non-Lego elements used are the stickers. The strings are the same as in Lego kits and even the guitar strap is a Lego strap from 2005! The build is not playable and I have no interest making it playable.

“Wake up, Samurai. We have a city to burn.” -Johnny Silverhand 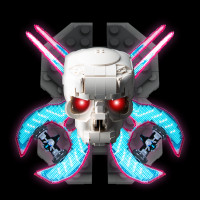