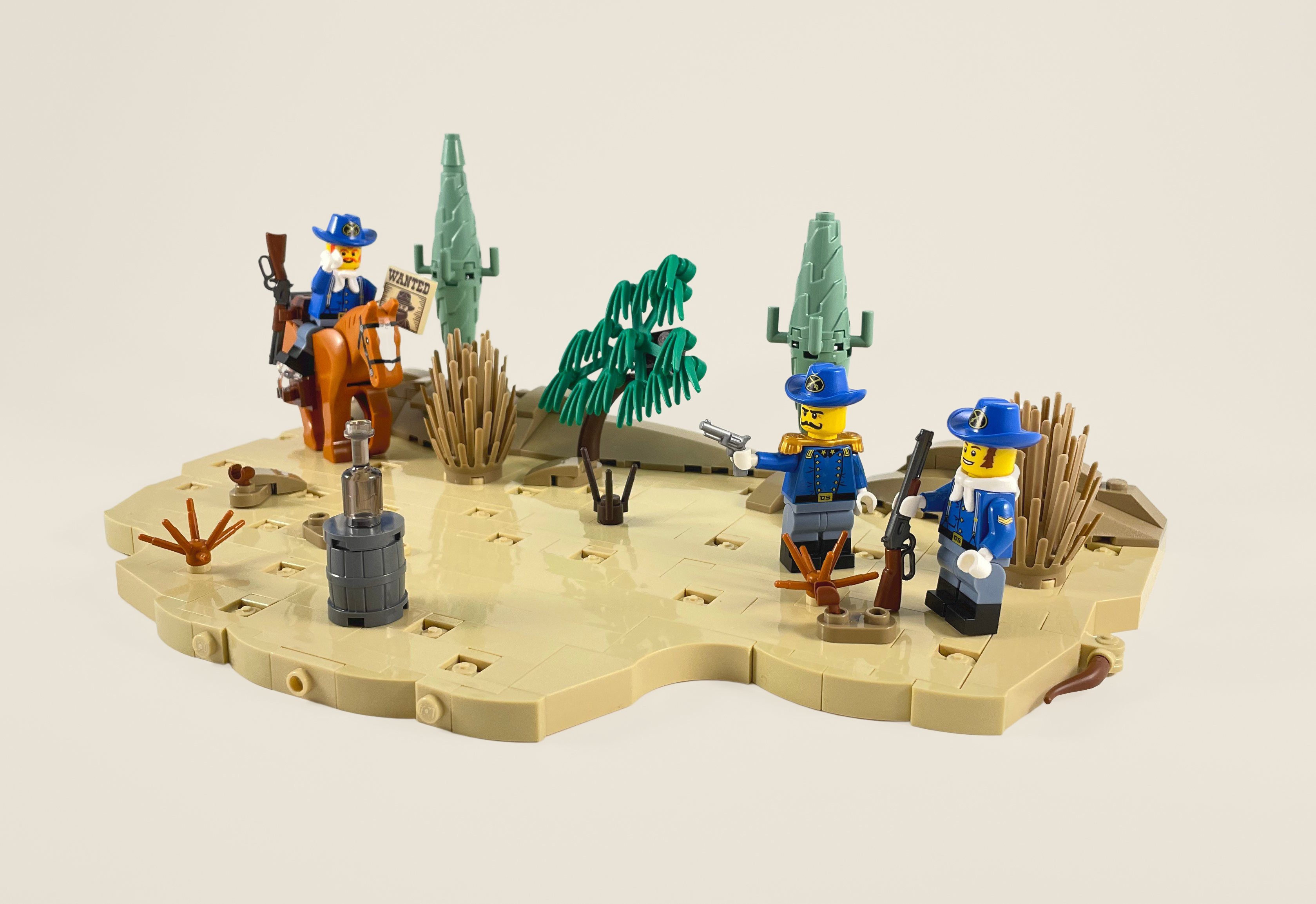 Corporal Jenkins was glad to get out of the fort. Their company had been stationed there for the past four months and life was becoming monotonous.

When Colonel Herrod had tapped him to come along for some target practice, he had jumped at the chance.

"Excellent shot, sir!", he called out as the colonel blasted an empty bottle resting on the barrel.

They heard hoofbeats approaching - it was a rider from the fort. As they came within earshot, Private George called out that Black Bart had been spotted to the north near the foothills of the Blocky Mountains.

They saddled up to head back to the fort. Black Bart's days were numbered.