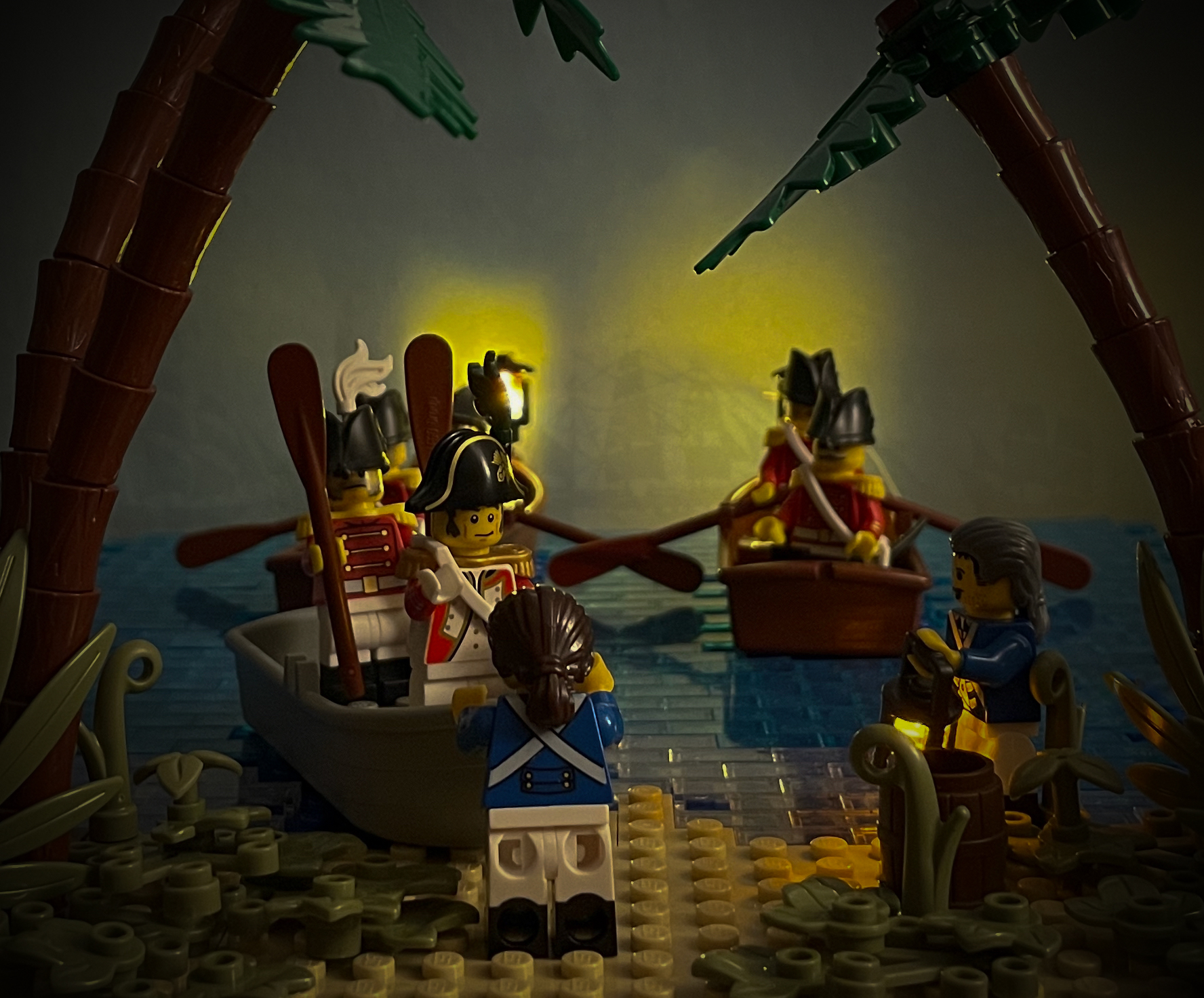 Reunited With The Fleet

His recon mission completed, Major Brickleton was eager to rejoin the Corlander fleet before the ensuing battle.

Word reached Fort Arltrees that the Corlander fleet out of Spudkirk would be headed near the town on its way to El Oleonda that night. In exchange for their horses, Major Brickleton arranged with the local Oleon command to provide enough dinghies to transport the squad of 18th Hussars that accompanied him.

With a final wave and shove-off, the group set out in the foggy pre-dawn light to reunite with their own forces. 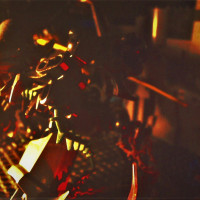 "Brickleton"... So classic. The absence of tiles for the waves, as well as the change from trans blue to just trans is well pulled off, the scene could use a tad more foliage however. I love the lighting though, capture the mood perfectly!