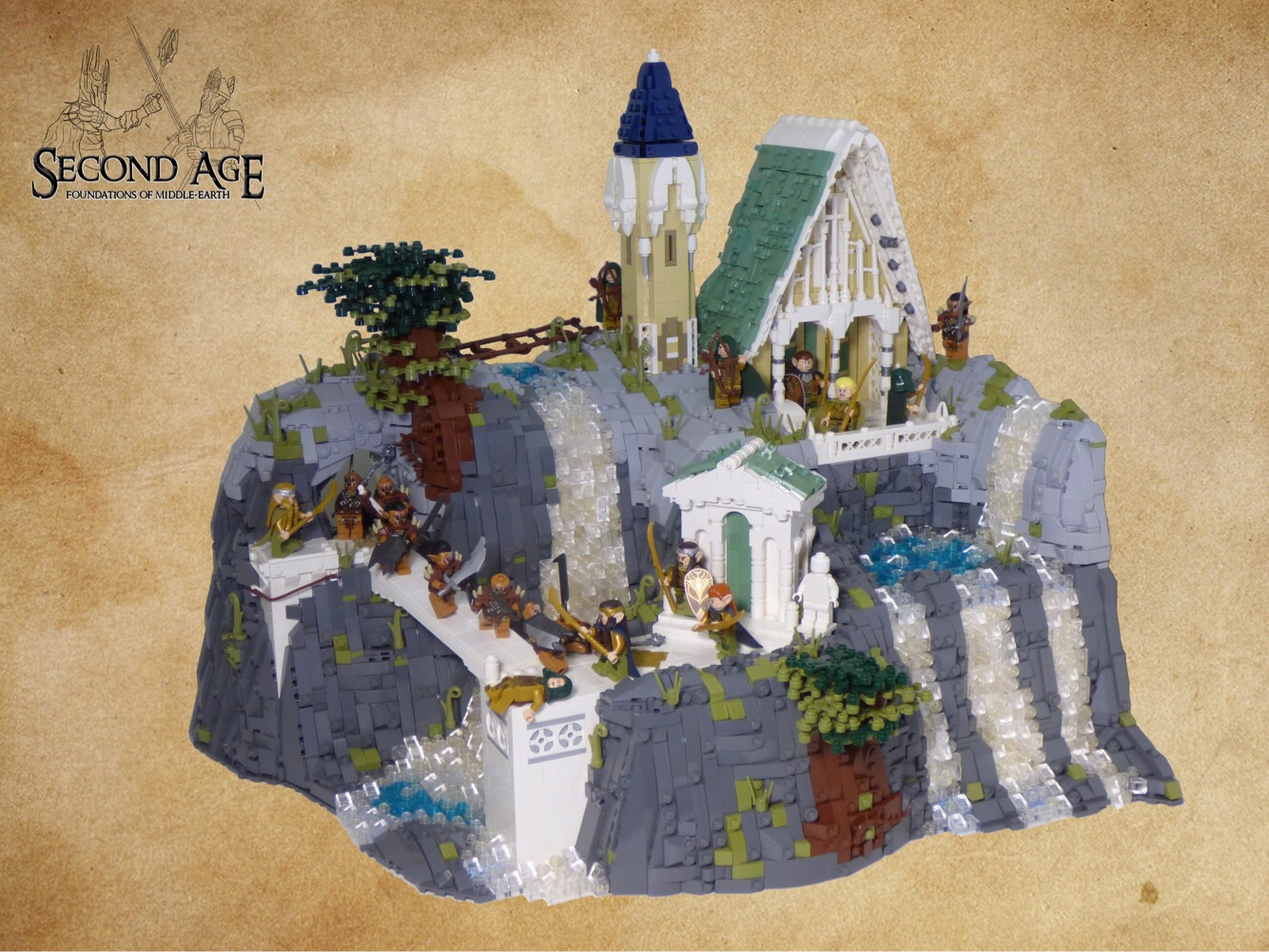 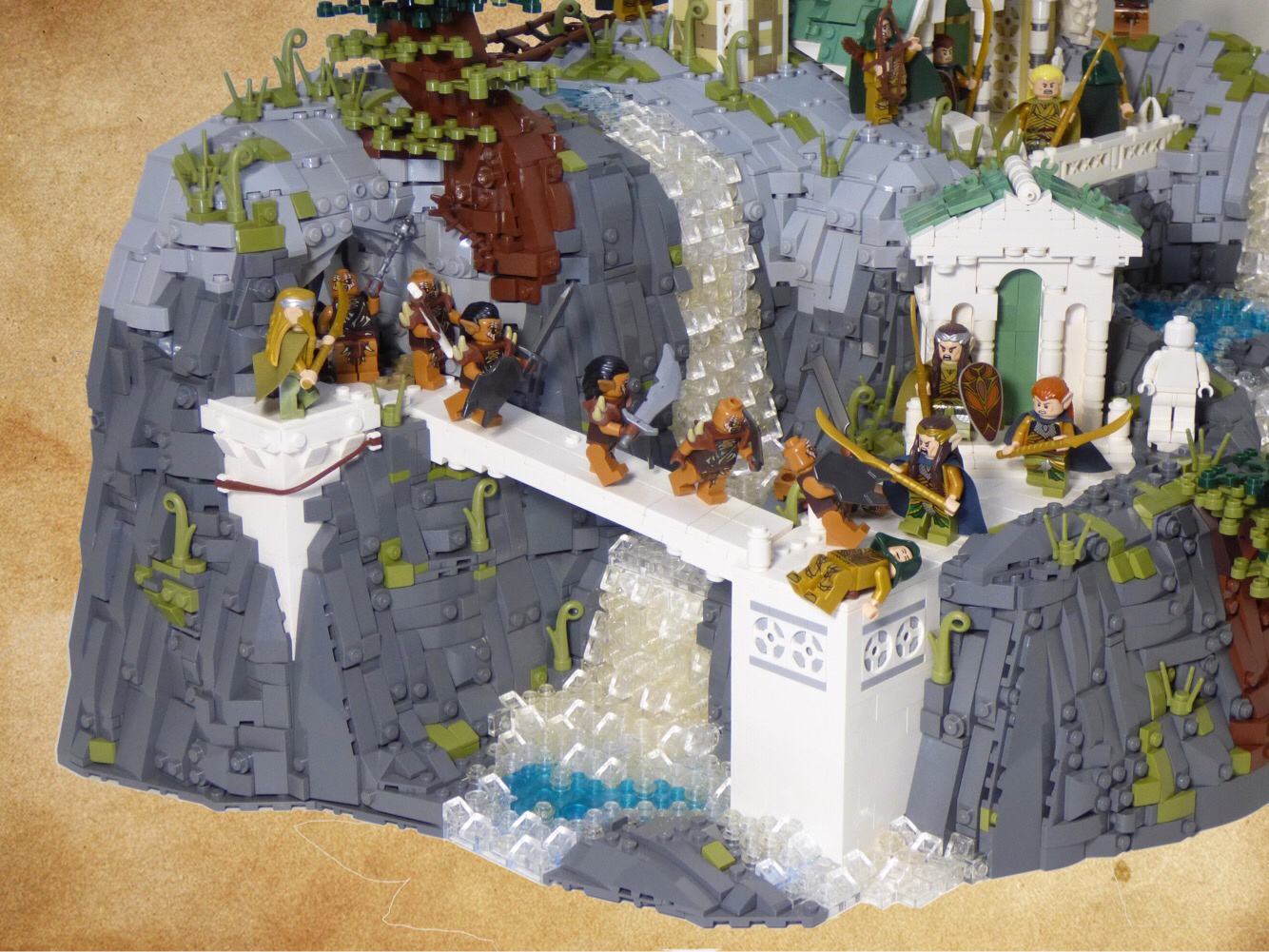 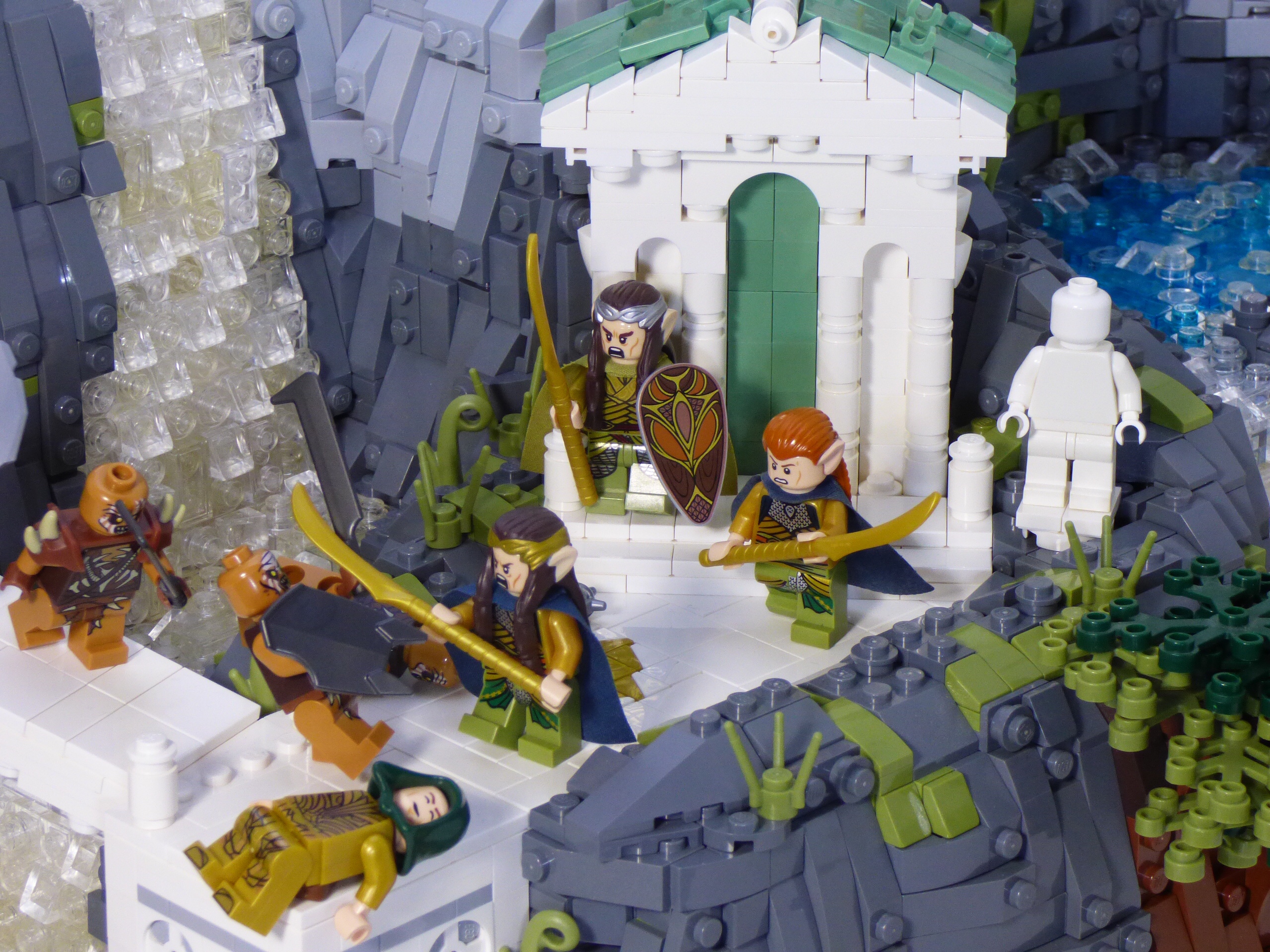 The Siege of Imladris

Following the devastating assault on Eregion, caused by Sauron and his minions, Elrond fled to Imladris, or Rivendell, a valley north of the Misty Mountains. Knowing that Elrond would try to ambush him from behind, Sauron sent a small force of orcs to Rivendell to end lay waste to the refuge. Elrond, along with the remaining forces of Eregion and the Elves of Lindon. The elves eventually destroyed their enemies, and managed to crush Sauron's forces along with a great host of Numenoreans, ending the War of the Elves and Sauron at the Battle of the Gwathló. When the war ended, Eregion was gone, and most of Eriador destroyed.

This was my installment of the Second Age Collaboration 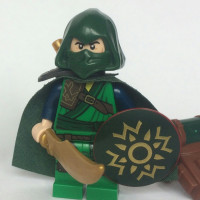 This is still one of my all time favorite MOCs, I remember seeing it at Brickworld a couple years ago and just being blown away. Everything about it is just so perfect, from the rockwork and waterfalls to the architecture and colors. Great work! 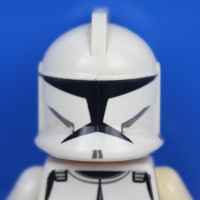 As Caleb said, every aspect of this build is just insane. 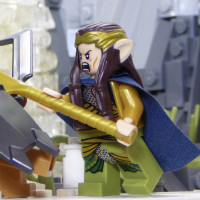