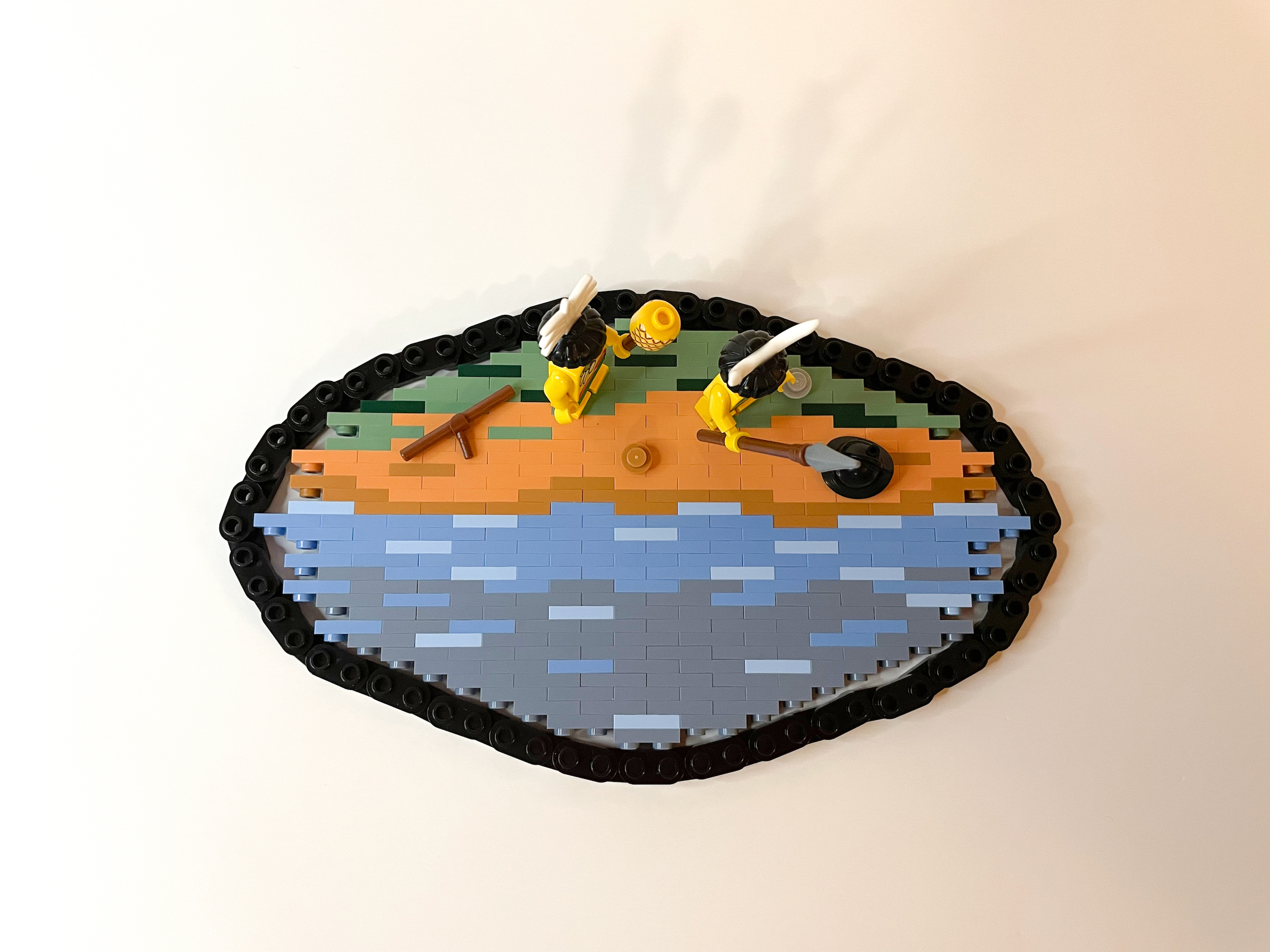 This Will Make A Good Pot

G'teyr had been having a great morning. As dawn had broken in the village, he had set out for some spearfishing with his brother.

Rutra had made eye contact and smiled at him when they passed her hut! He would make that woman his wife, he was sure of it.

As they neared the shallow cove where he knew they would secure a fine catch, he saw something black on the sand ahead.

A month earlier a strange ship had broken up far out to the horizon and ever since strange objects had been washing ashore.

He thought to himself: This will make a good pot.

The humor of this still gets me. :D