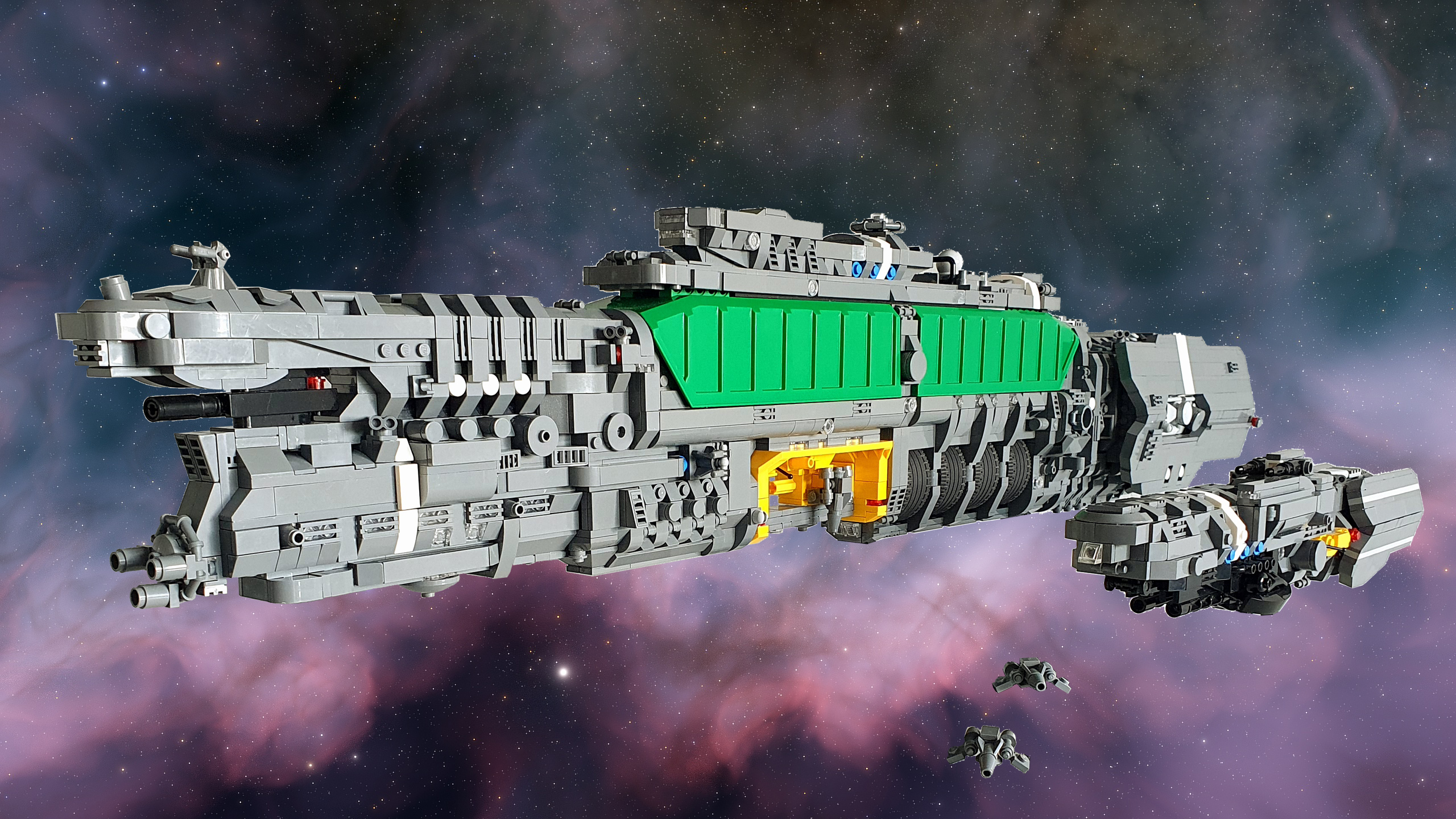 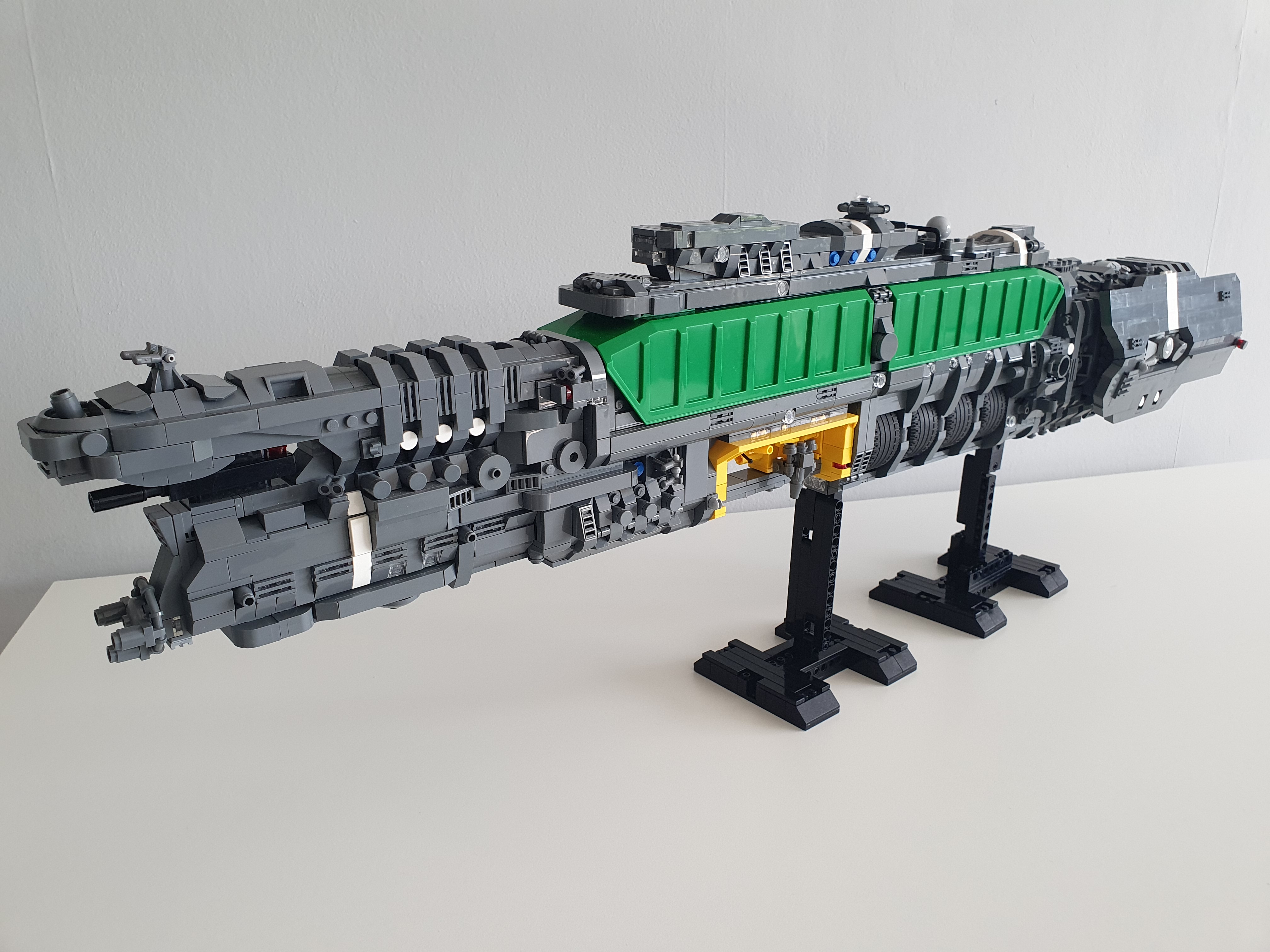 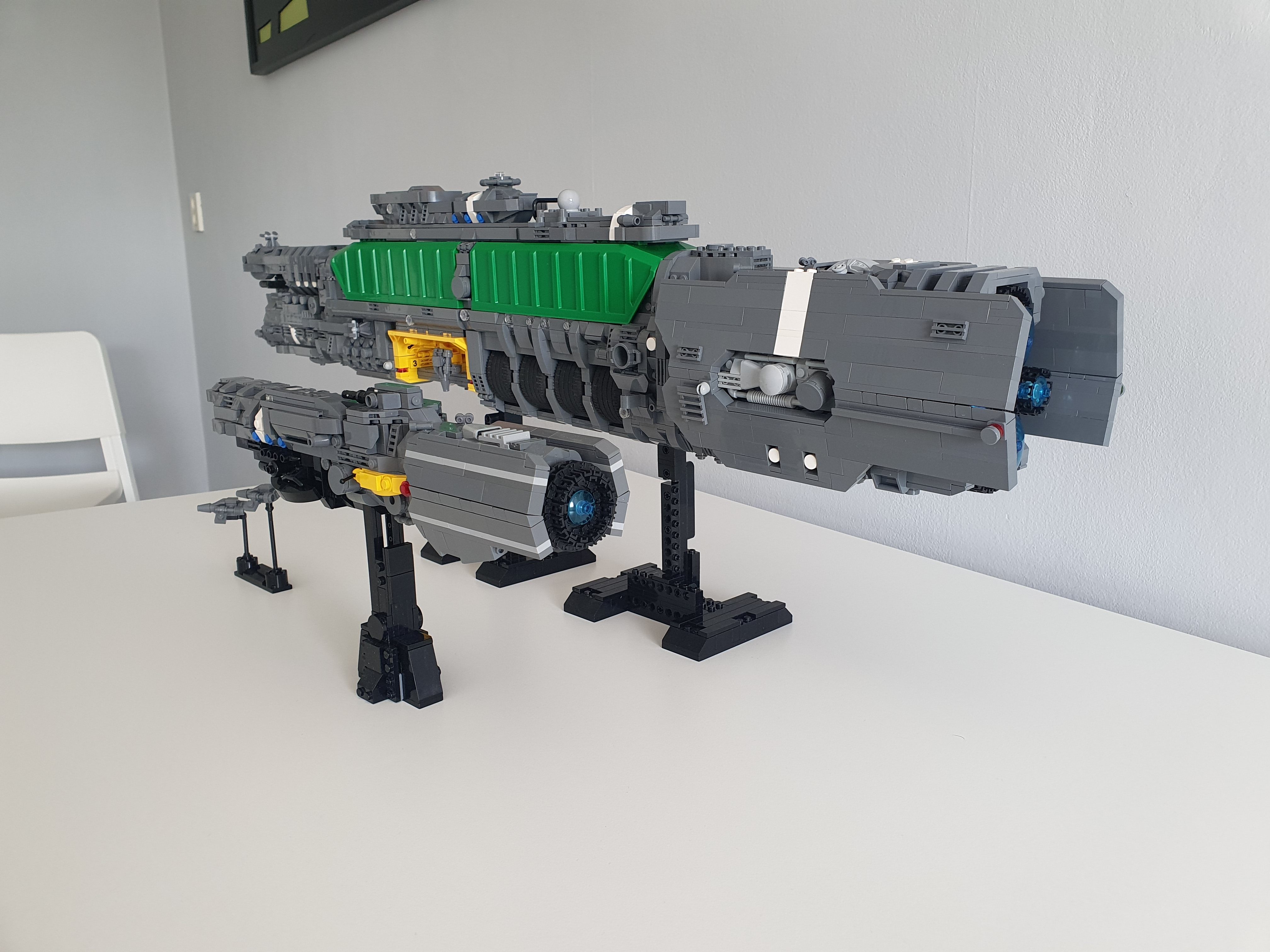 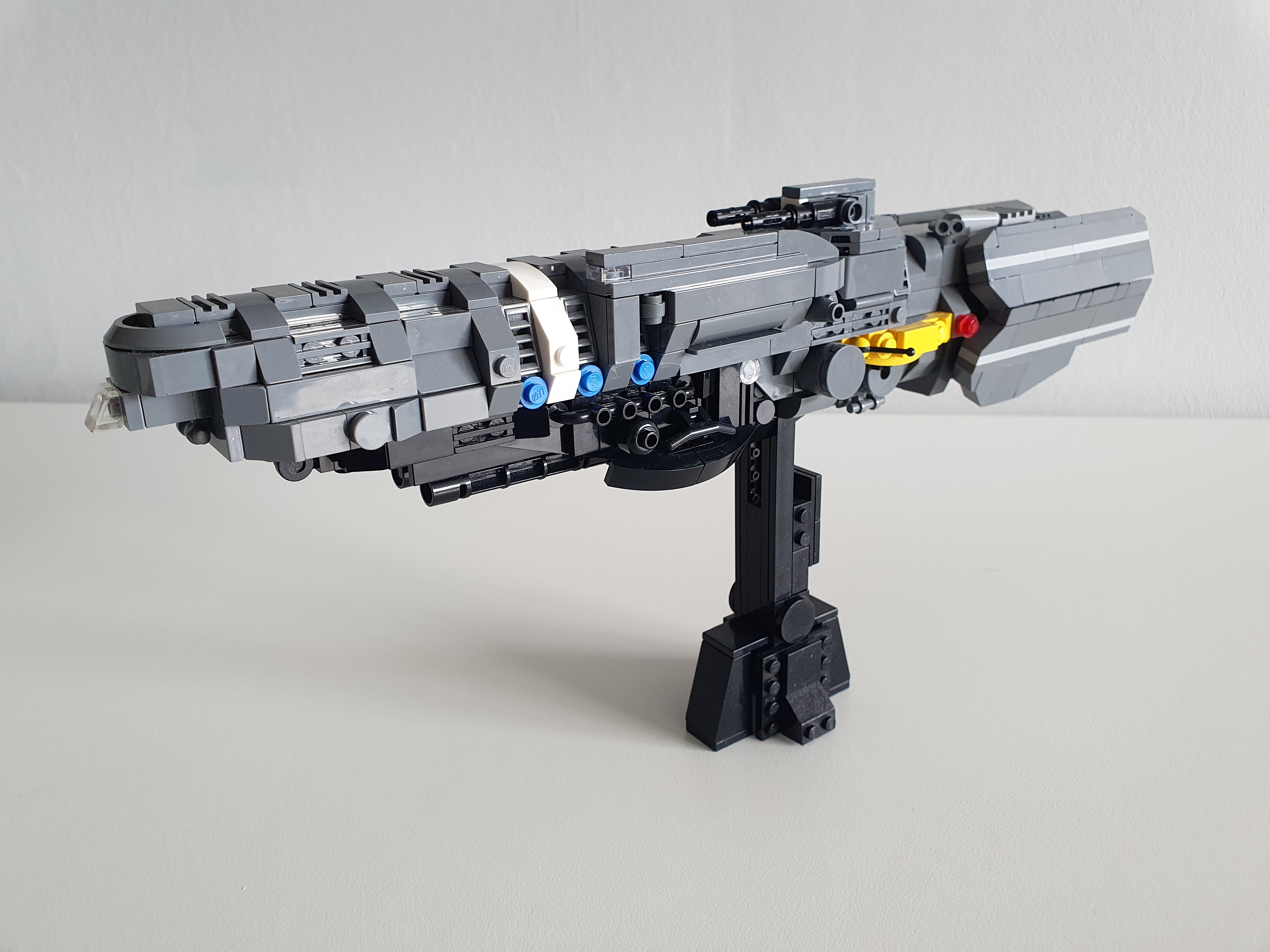 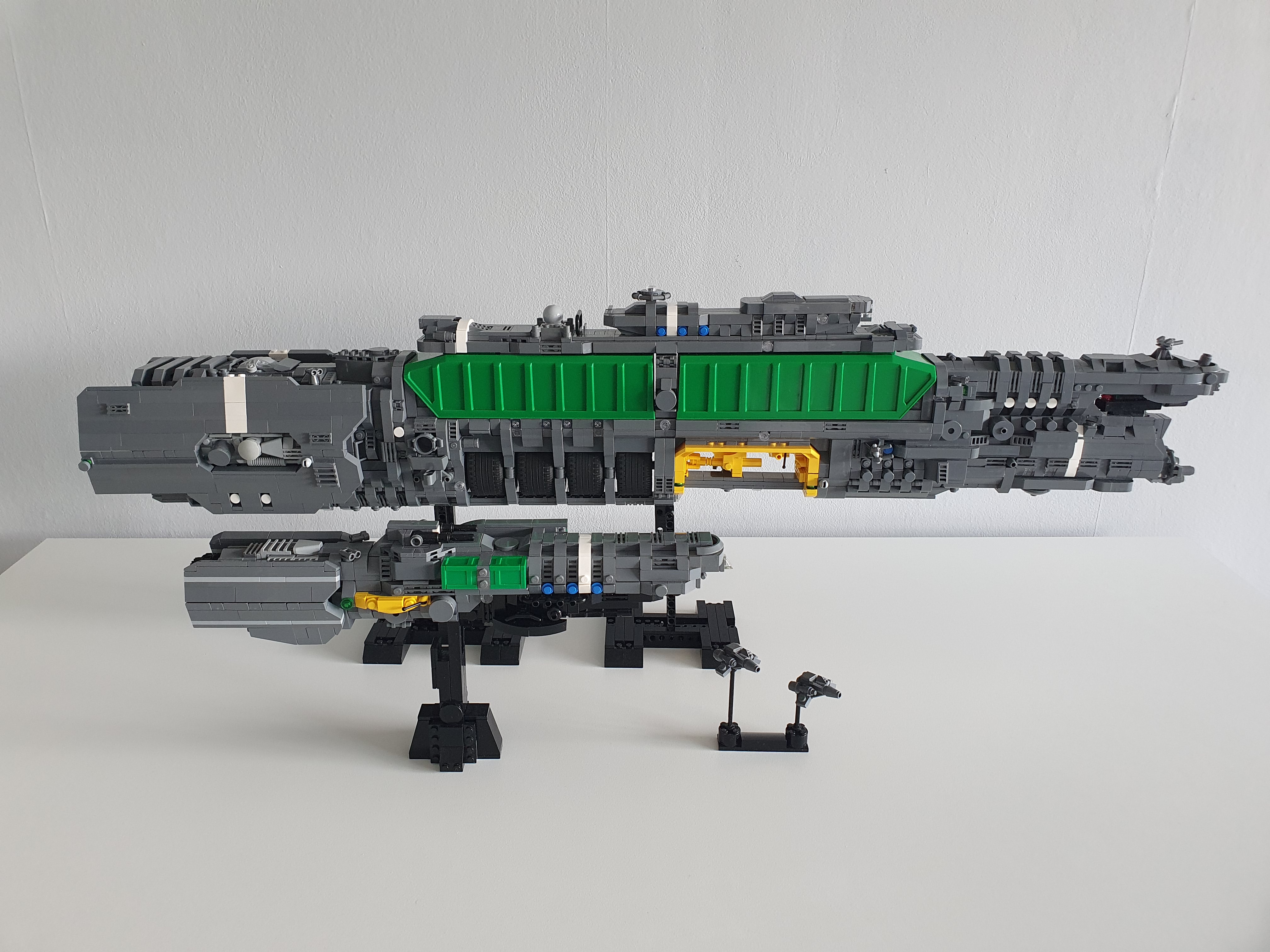 A large (550m) utility cruiser which carries supplies and fuel for the rest of the fleet, and can give light fire support through its swiveling main cannon, various small cannons, and its small fighter fleet.

The assault corvette is smaller (250m), but armed to the teeth with large cannons and missile pods.

My first attempt at a SHIP. I built this in June/July this year, so strictly speaking it's not really a SHIPtember build. ;)

In total it measures about 110, studs and weighs around 2.5kg/5.5lb. It's super sturdy, and would need some serious force to be actually broken apart. This is mainly due to the internal structure, which consists of multiple rows of 2-wide (SNOT-)bricks and plates. The smaller, but more heavily armed corvette is around 50 studs long.

It was a really fun build which started with the big green truck parts and yellow mudguards. The use of these parts was inspired by Pierre E Fieschi's Homeworld-style ships and the overall design loosely based on a UNSC frigate from Halo. 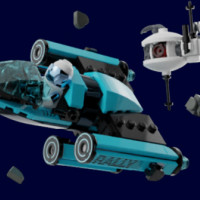 Love the blocks of color here! 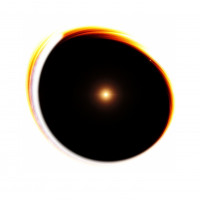